Freeing captive animals is an established tradition in Chinese societies where the Buddhist ritual is considered a good deed. The Birthday of the Buddha in May is a popular date for followers to "free lives". Yet, the goodwill ritual could become a business tool and a threat to the environment if not practiced properly.

Sabah giant groupers believed to have been freed by people were reported to have attacked swimmers in early May this year. The aggressive species is also a peril to local marine ecosystem according to environmentalists.

Mr Sum Pat-lit, president of Keyura Hong Kong, a local Buddhist communion, suggested that there could be other less destructive ways of "freeing lives".

He said animal protection and minimising slaughters were possible ways of saving lives.

"Releasing captive animals is a highly venerated practice that we encourage people to follow, but only when all things are done correctly," added the organizer who conducts the religious ritual every two weeks.

He suggested people became vegetarians to save lives as it would decrease the demand for meat and in turn save more
animals from being slaughtered.

Some animal rights activists doubt if the release of animals have any merits at all.

"I see no point in releasing animals," said Miss Ho Shu-ping, welfare research and development officer of the Society for the Prevention of Cruelty to Animals. "The animals won't survive anyway; they will die," she said.

Miss Rebecca Ngan, public relations and communication manager of SPCA, said parties which free captive animals should educate the public to cut down on meat consumption to save lives, rather than buying the animals and freeing                     them afterwards.

Freeing captive animals seems to remain a prevalent worshiping custom for many Buddhists. A survey published on the SPCA website stated that 48 religious groups, 90 per cent of them being Buddhists, hold bird-freeing rituals in Hong Kong.

Although both Miss Ho and Mr Sum said fewer people chose to release birds after the outbreak of avian flu, about 680,000 to 1,050,000 birds were still being freed annually in Hong Kong.

The high demand for animals to be used for religious release has created a market for suppliers to cage animals and sell them for such, which is contrary to the very idea of saving lives from imprisonment and torture.

Religious groups sometimes might have bought caged animals from vendors who have smuggled or imported them in poor conditions from other countries, Miss Ho said.

She added that virus transmission among caged animals was serious and many animals died during transportation. There could be up to 10 deaths for every one life released, according to a report released by the Environment and Animal Society of Taiwan.

"When animals are released to a new habitat, they might either die of incompetence in a new environment or jeopardise the ecology there because they are too strong," Miss Ho said.

Mr Sum recalled a few large-scale religious releases in Guangdong where drifters followed a ship carrying Buddhists, and caught the fish the Buddhists had just poured into sea.

He said he also had similar experience of fishermen casting nets to capture the marine animals which he and his Buddhist fellows had freed at Tsuen Wan Pier.

Despite the unfair treatment of captive animals, these animals are not protected under any law in Hong Kong, unless they are proven to be pets.

Under the Rabies Ordinance, any owner who abandons their pet with invalid reasons breaks the law and faces up to six months imprisonment and a maximum fine of $10,000.

Mr Sum added that clear instructions about the practice were needed, such as which, and where species could be released in such activities.

However, he is not optimistic about legalising the release of captive animals in the near future. "There are only a few thousand people who perform this custom. Why would the government bother to introduce regulations?" he said.

Miss Ho said Hong Kong should follow Taiwan, where religious groups consulted stakeholders of the release events, including Buddhists, scientists, ecologists, rehabilitation specialists and animal welfare officers, to review the custom, and come up with a consensual and practical solution.

As a result, religious groups need to register for permits from the government for every release of animals. If a person is found to have released protected species, he is liable to a maximum of five years imprisonment and a fine of TWD 771,615 (about $385,807). 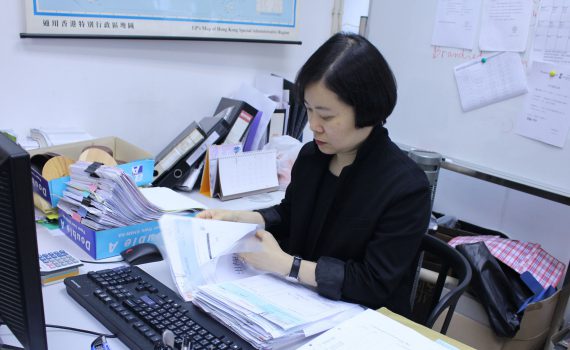