With just a click, photographers can freeze a moment of history. But before 1960, that moment was probably in black-and-white. Colour film didn't become the norm until the 60s and 70s when prices came down and amateurs could afford it.

But with today's technology, colourising pictures can be done with a few clicks on a computer and those frozen black-and-white moments gain new life.

By adding colours to the images, Mr Liu rediscovers Hong Kong's yesteryears. He hopes his work will draw public attention to protecting historical elements in the city.

Ms Tiffany Chan chooses to preserve historical moments by drawing. The idea is simple: to record faces and the human stories behind them. With paper and pencils, the illustrator sketches major historical events in Hong Kong, such as the Umbrella Movement.

The free-of-charge service takes 10 minutes to produce a portrait. While having their portraits painted, people tell their personal stories to Ms Chan. Unlike photography, drawing doesn't freeze the moment. It gives time to let the stories flow, she says.

"A 70-year-old lady told me that she has been staying overnight for the pro- test," Ms Chan said. The personal sto- ries move the pencil as they touches her heart, she said. The artist seals emotions, stories, expressions and people in the im- ages on the papers.

However, spending 10 minutes to record one person in history is impractical, says Mr Ryan Chan, a photographer. He spends his time capturing complex ideas and emotions with the speed of light on film.

"Photographing with film allows me to think," Mr Chan said. With limited frames, he has to spend time observing the moment before adjusting the lenses, shutter speed and aperture.

"I feel more connected to the subject and people in front of me," he said.

Mr Chan's captured nearly 4,000 people in his photo album, "The sorrowful faces of Hong Kong People". The photos feature the aftermath of tear gas and pepper spray on September 28. Tension, pain, confusion, helplessness, anger, and frustration of the protesters and police were all captured on the film

"Use a picture. It's worth a thousand words," news editor Arthur Brisbane wrote in 1911, when photography began to boom. These artists grant spirit to the images by blending details, personal stories and feelings and they are evidence of our history. 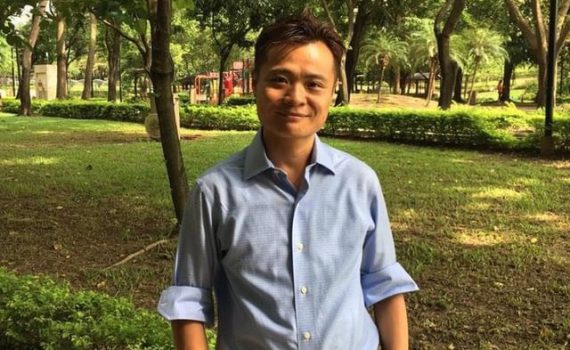