Hong Kong British National (Overseas) (BNO) passport holders moving to Britain tend to sell their properties in the city to avoid related taxes charged by the UK government on overseas properties and that may trigger a capital outflow of up to HK$280 billion from Hong Kong, based on banks and media estimation.

BNO migrants will be subject to the UK's global tax system, under which their rental income from Hong Kong will be taxed and if they want to buy a residential property in Britain without selling their Hong Kong residence they have to pay an extra 3% of stamp duty. Therefore, Hong Kong residents emigrating to the UK are pondering what to do with their Hong Kong flats.

The British government launched a new policy after China passed a national security law last year, to allow Hong Kong BNO holders to live and work in the UK for up to five years and eventually seek citizenship. The policy is expected to spark a new wave of immigration.

The British Home Office said in January that the number of immigrants via HK BNO visas is expected to reach between 258,000 and 322,400 over five years.

Based on the estimation of Bloomberg Intelligence Research, up to 16,300 Hong Kong households may move to Britain via BNO visas this year and a maximum of HK$150 billion worth of properties from these families could be on sale in 2021 alone.

A Bank of America report released earlier this year also estimated that the BNO policy might create a HK$280 billion capital flight in Hong Kong if these immigrants sell their residential properties in the city to support their living in the UK.

Moving to the UK will place these new immigrants under the UK’s global taxation system and the capital gain tax rate on overseas residential properties are between 18% and 28%. The capital gains tax is the tax on the profit when citizens sell something that has increased in value, according to the UK government.

Take the sale of a non-owner-occupied property that has been purchased for 15 years in Hong Kong as an example. The sales profit, which is the selling price against the purchasing cost of the property, would be treated as an asset appreciation and the British government will charge 18% to 28% capital gains tax depending on the range of the profit. Thus, all tax residents if they sell their main residence, are entitled to a 9-month tax exemption period due to the Private Residence Relief, even if you did not live in that property.

If tax residents decide to rent out their overseas property, the rental income also will count as tax residents’ foreign income. The highest income tax rate could reach 45%, depending on the amount of tax residents’ taxable income, according to the UK government.

Some BNO visa applicants would lower the price of their property to speed up the sales to avoid extra tax expenses. “In the first quarter, we have received 10 to 20 clients who would like to sell their property before moving to the UK, they are usually willing to offer 10% lower price to close the deal earlier,” said Cheung Kin-yip, 38, a property agency mainly handling flat at Shatin and Taipo.

Hong Kong secondary housing market recorded over 50 transactions related to immigration in the first quarter, according to data collected from Oriental Daily News.

In the UK, buyers will be charged 2 to 12% stamp duty land tax (SDLT) while they buy property over €500,000 (HK$4.69 million). Tax residents who already own property would be charged extra 3% taxes, depending on the property's price. Thus, non-UK residents have to pay an additional 2% SDLT since Apr 1.

In March, the Mandatory Provident Fund (MPF) Schemes Authority said Hong Kong residents cannot use BNO visas as proof that they are leaving the city so they are not eligible to withdraw their MPF early. This may also force some immigrants to sell their properties.

“My MPF withdrawal got rejected, I’m not able to mobilize the balance in my account,” said Mr Wong Ming-tung, 42, who wants to cash out from property refinancing. “Nearly HK$700,000 got frozen in my MPF account, I can only cash them out at the age of 65,” said Mr Wong, thinking this situation makes immigrated Hongkongers suffering from financial difficulty.

Formerly, those who have a working visa overseas are eligible to apply for withdrawing their MPFs earlier. However, MPF Scheme Authority has denied BNO Visa as a permanent departure from Hong Kong because people who use BNO visa to move to the UK seem not eligible to enter the UK under an existing immigration route. 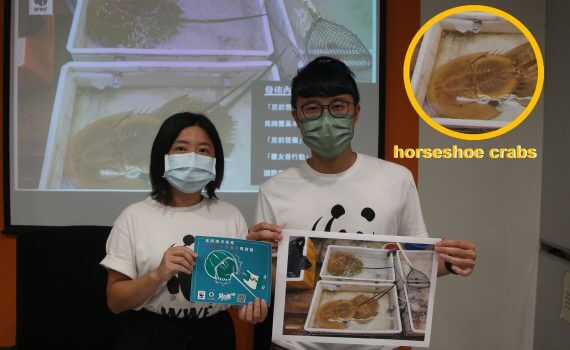