The Communist Party of China is not known to have ever openly operated in Taiwan. But in the party's 18th National Congress, set to start on November 8, there will definitely be ten delegates representing the party's "branch" on the island, even though most of them have never lived there.

One of the "Taiwan Province" delegates is Mr Liang Guoyang, president of the All-China Federation of Taiwan Compatriots, or in Chinese shorthand "Tailian". Founded in 1981, Tailian is officially known as a non-governmental organisation but is funded by the Chinese government.

In fact, nine of the ten delegates come from Tailian, most of whom are the second or third generation of Taiwanese who had settled down on the mainland.

Born in Shanghai in 1951, Mr Liang admitted it was not until 1997 that he first visited Taiwan. Between 1998 and 2008, he did not set foot on the island because the Democratic Progressive Party, which championed independence for Taiwan, was in power.

In 2009, the year the deadly hurricane Morakot struck Taiwan, Mr Liang could finally make his second trip to Taiwan with donations from the mainland.

Even though he had been to Taiwan only a handful of times, Mr Liang is confident that he understands the needs of the Taiwanese people.

He noted that Tailian had branches all over the country at the provincial and municipal levels, except in Tibet, and they received about 30,000 visiting Taiwanese compatriots every year.

Tailian also organised trips to places where many Taiwan compatriots lived, he added. In 2010, it sent ten groups to Taiwan and seven in 2011.

"The connection and communication is frequent enough for us to understand well what Taiwan compatriots think, need and want," he said.

Unlike in Taiwan, votes in China are not popular, and he deflected the question of whether he also represented the half of Taiwan's population that was opposed to reunification with the mainland.

He criticised the Taiwanese model of democracy as inefficient. "They simply copied from the US model without careful analysis and assessment," he said.

Ms Liu Yu-ching, a Taiwanese studying at Hong Kong Baptist University, said: "I have no idea who these delegates are. And he (Mr Liang) called us ‘Taiwan Province', but we are a country. It's insane to have people holding another country's passports to represent our country."

Mr Chen Ziming, a Chinese dissident who was jailed for 13 years for being the "black hands" behind the student-led pro-democracy protests in Beijing's Tiananmen Square in June 1989, said: "It is raping public opinion. The Party has people who pretend to be Taiwanese, because a real Taiwanese can never tolerate it."

In fact, there was once a real Taiwanese among the CPC's Taiwan delegates in the 1980s.

"There was a real Taiwanese delegate before, but he quit after voting against several times, because he was prohibited from doing so and from speaking out. He just went to microphone to speak whenever he felt like it," he said.

Indeed, thanks to this "unruly" delegate's conduct, microphones are no longer placed in front of every delegate at meetings.

"In 1980s, there was a microphone in front of every delegate, but now they are all taken away to eliminate the possibility that a delegate might speak," said Mr Chen. 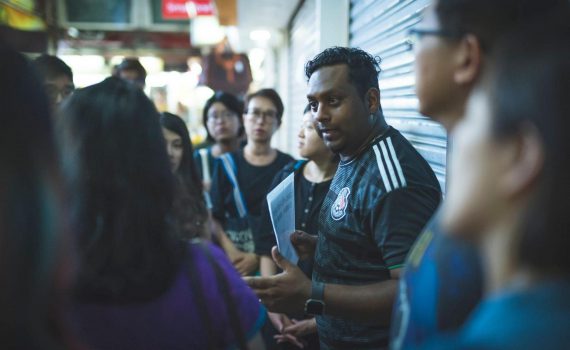