He is seen by his supporters as a "hero'', but Mr Hon Lin-shan sees himself only as a determined ordinary citizen who is persistent in achieving his goals.

"Once I have made a decision, no one can stop me," said the retired English teacher who starved himself for 171 hours to protest against the introduction of moral and national education as a school subject.

"My family and friends understand me. They support me instead of saying ‘No'," he added.

Mr Hon camped out at the Tamar Government Complex for seven consecutive days and nights from September 1 to September 9. But while he is now widely seen as a fighter who is willing to take radical actions to advance his cause, he used to be a moderate. It was not until the year 2000 that he stood up to fight against the government for forcing its will on the people.

What prompted him to act was the government's decision to require every serving English teacher to pass a proficiency test.  With the support of 6,000 teachers, he launched a campaign against the test for posing an extra burden on teachers.

Ten years later, Mr Hon took issue with the government by writing commentaries in different newspaper every day on the issue of the School-based voluntary drug testing. The one-year pilot scheme was launched in 2009 in Tai Po District to tackle  rising number of under-aged drug addicts. The test was widely condemned.

Talking about his change from being an "obedient teacher" to an advocate of social movements, Mr Hon laughed and said he was amazed, but not surprised.

"I am astonished because I think I will continue to be a ‘good teacher' for the entire life,'' Mr Hon said. ‘'I am not surprised because I know how much I love the kids and will protect them to the fullest."

The change in his personality was triggered by the introduction of what he considered to be "despicable" educational policies in the past decade and the change in the political environment of Hong Kong, forcing  him to voice his rage and dissatisfaction on the streets.

Reviewing the time before his transformation, Mr Hon admitted that when he was young, he did not think about standing up for teachers and the public to denounce something that was unfair or unjust.

"I did not pay a lot attention to politics when I was a student and a teacher,'' he said, as according to his definition, a ‘good teacher' should teach thoughtfully, take good care of the students and handle parents' issues smoothly.

Because of his change in attitude, he is now deemed a "fighter'' in the eyes of some of his colleagues, including Mr Wong Hak-lim, vice president of the Hong Kong Professional Teachers' Union (HKPTU).

"Certainty and confidence are the words for him," Mr Wong said. "He will always be the first to stand up and the last to leave."

Mr Hon appreciated people's feelings about him as a hero or fighter, but noted that he did not believe in heroism.

"If a society needs a hero, it would be tragic," he said. "We need people to speak out loud, not a hero to save us." He believed that if citizens were willing to express what they really thought was wrong, everyone could be a hero that leads the crowd to move towards the right direction.

He added that a mass rally was, however, a way of resisting unscrupulous policies proposed by the bureaucracy and striving  for righteousness.

Considering himself as persistent, Mr Hon joked that he would only show his steadfastness when something big happened. "When I started the protest (against the language test), the union did not act," he said.

"It was completely nonsense and disrespectful to the proficiency of teachers. As a professional teacher, I should stand up,'' he said.

The campaign failed eventually, but it did not dampen Mr. Hon's passion about the issue.

"Some parents told me that ‘real gold fears no fire'," he said. "They said that if a teacher is qualified, he or she should be able to pass the test."

"I can say I am the best English teacher in my school at the moment. Real gold does not need to be burnt to prove its authenticity," he added.

Mr Hon joined the HKPTU after fighting against the proficiency test and union membership has imbued the second half of his working life with lots of social activities.  His is a typical case of "turbulent times turning ordinary people into heroes.".

"I always tell my students to do the right thing. Think of yourself as a member of society, and what you can do to create a better world," Mr Hon said. "Work conscientiously and you will never regret."

He encourages youngsters to develop their individuality, critical thinking skills and way of living healthily.

"Don't blindly believe in my words or that of any others. Think twice before you decide to do anything." 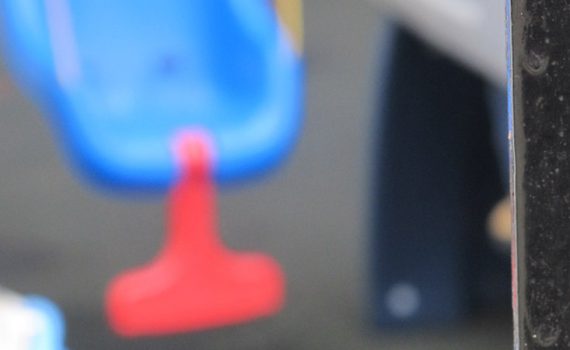