The road to homosexual engagement is unimaginably rugged in Hong Kong

With their wedding banquet due to be held in December, Ms Macie Yuen and Ms Joey She Sze-nga are busy spreading their joy to their families and friends that their nine-year relationship is entering a new stage.

While their relationship has flourished, the law and the society are not on their side.

"It's not a matter of gender; it's about with whom," says Ms Yuen, a boyish looking 35-year-old woman. "I won't say I've switched from being heterosexual to homosexual. I'd just say the one who makes me happy is a woman," Ms She, 34, shares the same thought with her "husband".

However, marriage is not only a union between two persons but also two families.

Ms She's parents do not agree with her choice at the very beginning, but after years and years of repeated persuasions, their love for their daughter has prevailed over traditional views towards homosexuality.

"It took me some time to accept the fact that my daughter is going to spend the rest of her life with a woman," says Mr She Yuk-wah, father of Ms She, who adds that he immediately questioned his daughter's choice when he was told about the decision. He admits that his dissent popped out from time to time when the couple proceeded to a further stage.

"My father said I was crazy when I told him that I was going to marry a woman," Ms She recalls with a smile on her face. "But I know he loves me so much, so I talked to him again and again. He changed his attitude eventually, and has become very supportive now," she says. ''He even helps me arrange the wedding.''

Contrast to her husband, Mrs Lisa She Lai Man-hing, mother of Ms She, did not react strongly initially, but admitted that things had developed out of her expectation.

"I thought she was young and immature," Mrs She said. "I didn't realize she is homosexual until I found out that she started dating Macie with a serious attitude."

It was not until her daughter's sister-in-law, Miss Fung Suet-yan, took action to convince the parents that Mrs She began to accept the fact.

"I told them they're going to lose their daughter if they don't agree. Moreover, what is more important than their daughter's happiness?" Miss Fung recalls what she told her parents.

Ms She's parents unwillingly accepted the reality, secretly wishing she would like men again one day.

"We just don't know why she would choose this path [of being homosexual]," the parents say. "But if this is what she wants and she is happy about it, we have no reasons to reject. You may say we are ‘forced to accept'." After a number of family gatherings, they now treat Ms Yuen as a member of their family.

On Ms Yuen's side, things has become smooth after her mother's death.

"My mum kept pressuring me as she wanted me to get married and have a child in the future, I gave my promise at that time,'' Ms Yuen explains. ''But after her death, I had no reason to convince myself that I should stay heterosexual.''

She thinks her family has an open attitude towards her sexual orientation as long as she is happy.

Nonetheless, families that are as open-minded as the couple's are a minority in Hong Kong. According to the study Public Opinion Towards Homosexuality, conducted by the Home Affairs Bureau and Market Research and Transport Planning in 2006, 24.7 per cent of interviewees were "extremely opposed" to family members who were homosexual, while only 34.3 per cent of them found it acceptable.

Apart from objection from their families, homosexual couples also face other challenges.

In Hong Kong, same-sex marriage is not recognised and there was a time when it was even illegal during the colonial period before 1997.

The issue had not been addressed after Hong Kong's return to China, but hopes were lighted in June 2009 when the Hong Kong government recognised same-sex cohabitation under the Domestic Violence Ordinance in order to protect people who are victims of same-sex domestic violence.

That's why Ms Yuen and Ms She will get married in Vancouver, Canada, where the government embraces same-sex marriage.

Even so, back in Hong Kong, they will still be disadvantaged in many ways compared with heterosexual couples. For example, they cannot write their partner's name as the beneficiary of their insurance policies; claim tax allowance as a couple or apply for public housing. They simply cannot enjoy anything a heterosexual couple are entitled to in this city.

"I have to be singled out because I am homosexual. Why can't I enjoy the rights of being a citizen in this city just because I'm not getting married with a man?" she says, stressing that society is actually discriminating against homosexuals.

"What we can do is to guarantee ourselves a life with a better condition and we do not disturb anyone," Ms Yuen says. "It is too difficult for us to change society and the social norms. We are not abnormal but just choosing our desired ways to live, so does everyone else." 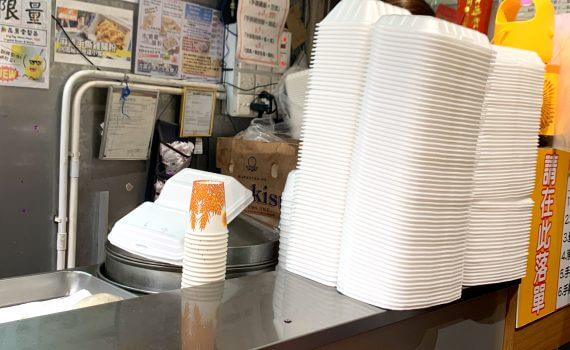 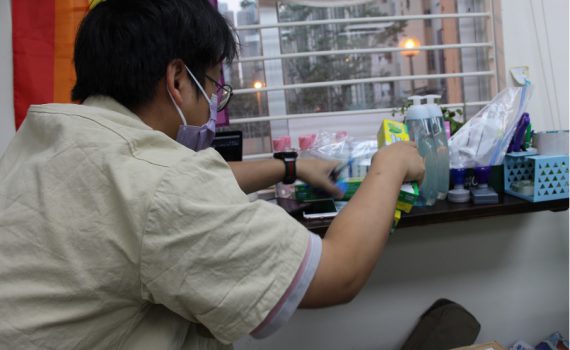