Gifted youth shows his musical brilliance to the world

With glasses and a pull-over shirt, the quiet teenager looks just like any other Form Three school student in Hong Kong. But Harry Chiu Chin-pong was one of the six professional French horn players of the Asian Youth Orchestra, which recruits 100 young Asian musicians every summer for a world tour. Yo-yo Ma, now a well-known cellist, was one of the musicians that played in the orchestra in 1997.

The AYO has a strict age limit for participants - they only allow on young musicians from the age of 17 to 27.  But Harry Chiu made it to the stage when he was 14.

Knowing they were well below the eligible age, Harry and his friends wrote to Mr Richard Pontzious, founder and director of the Asian Youth Orchestra last summer, to appeal for an audition. They managed to impress the judging panel so much that the orchestra took Harry despite his young age.

"It all comes down to how technically skilled they are in the instrument. Passion comes through in how well they play," said Mr Pontzious, the head of the judging panel for the summer world tour.

During the world tour, Harry, together with other young musicians, went through three weeks of intensive rehearsal and three weeks of performances on stage. The average time spent per day on rehearsals was nine hours, and each performance had an audience of 1,600 to 2,000.

After his 13 performances throughout a six-week world tour, Harry, now 15, has decided to turn his passion into a lifelong career. Not only does he dream to perform in the Berliner Philharmonic Orchestra as a hornist, Harry also wants to become a professional conductor.

Born and raised as the only child of a businessman father and an accountant mother, Harry has got full support from both parents, although neither of them is in the music industry. "Whatever he likes to play, whether he wants to join a competition or a performance, we support him," said Mrs Chiu.

Harry was first introduced to French horn at the age of seven, and fell in love with it ever since. "My primary school teacher saw that I might have talent in French horn," said Harry with a cheerful smile.

"French horn is a very difficult instrument, and it's rare that you can find such a young player who is so naturally gifted in playing it," said Mr Pontzious.

Harry's love for music emerged long before his first encounter with French horn. "I heard from my parents that when I was three, only music could put me to sleep," said Harry. "And this is still true today."

By Primary Five, Harry completed the French horn Grade-8 examination of the Associated Board of the Royal Schools of Music as well as the Licentiate of the Trinity College in London. He was invited to perform a French horn solo concert in Denver, United States, at the age of 10. Now he frequently participates in the orchestra of Diocesan Boys' School as well as its brass and wind ensembles.

Despite his early success in the music sector, Harry called himself a perfectionist. He said he would get frustrated when he was not playing as well as expected, but that never deterred him from his passion.

While many see him as the one born with talent, Harry believes himself to be the one born with love for music. "Music is my life, and pressure is my motivation." said Harry, as his arms wrapped around his French horn, and a smile appeared on his face. 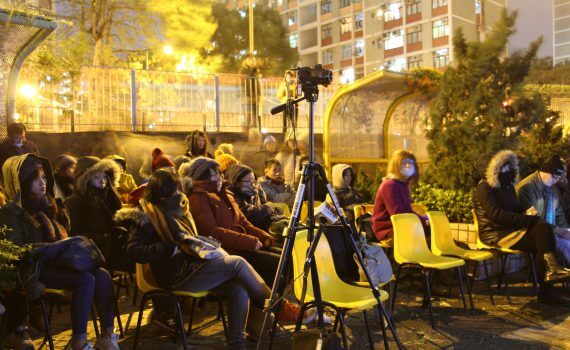