[author] [author_image timthumb='on']http://tyr.journalism.hkbu.edu.hk/wp-content/uploads/2012/12/Mike-Chinoy.jpg[/author_image] [author_info]Mike Chinoy is a Senior Fellow at the US-China Institute of University of Southern California and a former Asia bureau chief at CNN. He has covered China since 1975 and published multiple books on the country. I interviewed him on the US election day in the U.S. Consulate General Hong Kong & Macau, where he gave a speech on the election and US politics.[/author_info] [/author]

We've heard a lot about China during the US presidential election, what about Hong Kong in particular – what does the election result mean to Hong Kong?

I think across the board, America has an interest in seeing "one country two systems" work. Obviously there are general tensions in their relationship and part of that is suspicion by some elements of the Chinese government and Party that the US is meddling in Hong Kong. That could become a source of tension. But I think that is part of the broader dynamic in Hong Kong is that China has become increasing upset at the political development here or suspicious about what some opposition people are doing here. There's a tendency it always looks for outsiders to blame. And they've already targeted at the consulate a little bit and obviously I think that's not true, it's internally generated. Hong Kong is valuable to China and valuable to the US, it's ultimately in the interest of both countries to make it work.  So hopefully those kinds of tension would be minimal and not get out of hand. But that depends on what happens here and it depends on the dynamic in China too.

What do you think is the biggest change of the coverage of the 2012 election comparing to that four years ago?

My biggest criticism of the coverage is the degree to which it's stunt as a horse race. This one ahead, that one's ahead. This poll shows this way and this poll shows that way. There's much less discussion about the issues themselves. It's probably the fault of the media and probably the fault of the candidates. Because candidates themselves tend to avoid hard discussion on complicated issues. They're looking to appeal to the broadest number of people to get the most number of votes. So they don't, for example, in foreign policies debate, neither Obama nor Romney mentioned climate change. It's a huge issue. It's a combination of factors.

The other thing here is that because of the social media and the internet, the news cycle, which was a 24-hour news cycle, is now one-minute news cycle. The moment things happen they're being posted on Twitter. And that I think is exciting in many ways, but also makes it harder to get any thoughtful discussion if everything is boiled down to a tweet. There's a lot of coverage of which i haven't really learnt that much from a lot out of it.

Social media is very fast. It's empowering. It allows everybody to have an equal voice. If you have something to say. You can tweet, you can put it on your Facebook page. It democratises the whole experience of sharing information. That's very good and exciting. It forces the established media organisations to be responsive to the public in a way it's never been before. So it creates a kind of a dynamic of a conversation rather than a one way thing and that's good. At the same time, it sort of opens up space for stuff that's not true, for inaccuracy, for opinions masquerading as facts. So it's kind of a mixed bag. But obviously it's fundamentally changed the dynamics.

How does the local coverage compare to the international coverage of the election?

Local coverage here has largely been wired service reports about the horse race and occasional feature piece. Having some distance is good, taking a little step back and have some perspective that sometimes you may not be able to in the middle of campaign in Ohio or something.

What is the point of news organisations having their own foreign correspondents these days when you can simply buy news from the ever more influential newswires?

Foreign correspondents still have real value. Good correspondents are both deeply knowledgeable about the place they're covering but able to step back and explain it to people who are not familiar with it. They're able to collect a lot of information and digest it, present it in a way that the consumers of news back home can understand it. If you're interested in the US election you can spend 24 hours a day, go to website, every blog, follow every pundit. You wouldn't get anything done and end up with so much. They can do a service for me of presenting a thousand words in a four-minute TV piece. And then I can decide what more. It also works in reverse. In China now, you can read the Chinese media, you can follow people on Weibo. It's valuable to have somebody who's knowledgeable and sort of able to step back and also who's not susceptible to local pressures to help explain it to a broader audience.

What do you think is the biggest challenge reporting in China?

China is a very interesting, complicated place. One of the problems in China is that there's so much information that it's very hard to put it all together. It's very hard to generalise. If something's happening in Guangdong it doesn't mean it's happening in Hebei. So one issue is just figuring out all these pieces and figuring out how much you can generalise in a specific situation.

It's much much more open especially if you can speak the language. At the top leadership level is very very close still, so it's still a challenge to trying to figure that out. In that respect it's not so different from what I did twenty five or thirty years ago.

But it's also much more open and accessible country. You can travel, talk to a lot of people. The social media in China is a very good was to judge what a certain part of the population is concerned about, talking about. But it's so big that generalising becomes very tricky. The size of China itself becomes a very big challenge.

Newspapers like the New York Times often have people speaking who are called "people with knowledge". How does a novice reporter get that kind of connections?

If you're there a part of the job being a correspondent is to meet as many people as you can and follow up every contact you get, anybody you interview. As you do work, people will know who you are. It doesn't happen automatically.

The New York Times is the New York Times, people want to talk to it because people know it'll have a big impact, which is not necessarily true if you're from a small outlet. But it's just a question of taking advantage of every contact you have, asking a lot of questions, asking for advice, asking for help, slowly build up you network of connections. 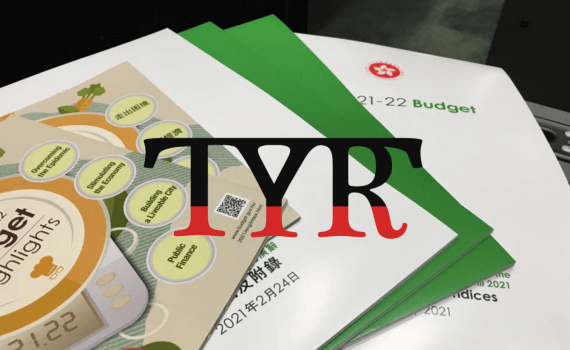