Microalgae are the answer to energy shortage, water pollution and global warming

Within a bright yellowish circle, hundreds of green dots move around freely at a seemingly consistent tempo, despite being trapped by a thin piece of flat rectangular glass.

This is how microalgae look under the microscope. There is little to suggest that these single-celled, photosynthetic creatures typically found in freshwater and marine systems could be the answer to humanity's three major challenges in the contemporary world – energy shortage, water pollution and global warming.

"Killing three birds with one stone" is how Dr Ho Kin-chung, science and technology professor at the Open University of Hong Kong, describes scientific breakthroughs in using genome-based biotechnology to harness the special qualities of microalgae to help save the environment.

The most renowned sub-species of microalgae may be Spirulina, which is popular among consumers as a health supplement that increases protein intake and removes body toxins.

Usually advertised as an ideal anti-aging food and weight-loss product, it is among thousands of sub-species of microalgae that have caught researchers' attention in recent years.

The National Aeronautics and Space Administration, the American agency responsible for space exploration, describes Spirulina as the "super food" essential for survival, with its considerable nutrient value helping to preserve astronauts' physical strength while they are in space.

Apart from their dietary value, microalgae's significant value to the sustainability of our living environment has yet to be realised by the public.

Well-known for their rapid growth and high energy content, these tiny greenish organisms can serve as an ideal source of biofuels. Meanwhile, they can also contribute to alleviating water pollution and global warming.

Microalgae can be an excellent source of sustainable biofuels, with other examples including liquid and gaseous fuels derived from agricultural products and animal wastes.

Through photosynthesis, microalgae absorb energy from the sun, carbon dioxide, as well as nutrients in the water to produce biomass, which can be converted into biofuels like biodiesel, green diesel and green jet fuel.

Statistics from the Department of Energy in US show that microalgae have the potential to yield 100 times more oil per acre than soybeans or other terrestrial oil-producing crops.

Two breeds of microalgae, diatoms and dinoflagellates, are found in Hong Kong territorial waters, such as Deep Bay, Victoria Harbour and Tolo Harbour.

With more than one third of their body weight containing oil, these two breeds are expected to generate significant economic value. "On average, one ton of microalgae could generate four kilograms of oil," Professor Ho said.

In addition to their high productivity in bio-oils, microalgae are effective in removing pollutants, thus purifying water.

For instance, microalgae technology can be used to purify 80 per cent of the sea water in Tolo Harbour, a sheltered harbour in northeast New Territories that is more contaminated compared to other harbours in Hong Kong.

Microalgae can not only reduce pollutants in the water, but also absorb greenhouse gases in the air during the process of photosynthesis.

A power plant in southern Taiwan confirmed that one hectare of microalgae was able to take in 74 metric tons of carbon dioxide annually, which was three times more than the capacity of the same hectare of trees.

With great success in other places, putting microalgae biotechnology into practice is inevitable in Hong Kong.

After five years of research, the School of Science and Technology of OUHK decided to collaborate with the Shenzhen Jawkai Bioengineering Research and Development Centre in mainland China to produce oil with microalgae.

Last year, researchers were happy to record that these green cells generated 400 tons of oil, , which was seen as the preliminary step for the industrialisation of microalgae technology.

Yet, flexibility does not necessarily entail intrusion.

Microalgae are actually non-competitive with the agricultural farming, as the cultivation requires only large open ponds or in closed photo bioreactors located on non-arable land in a variety of climates, even including deserts.

In spite of a small geographic area, Hong Kong has some obvious merits to adopt microalgae technology, Professor Ho said. Relatively long seashore lines and suitable temperatures create optimal conditions for the growth of microalgae throughout the year.

However, applying microalgae technology does have some technical constraints at this stage in Hong Kong.

Many worry about microalgae's potential threats to the entire ecosystem, such as suppress other species, when people artificially increase their quantity.

"The large-scale growth of microalgae may lower the oxygen level in the sea for the survival of other marine species," said Prof Leung Yiu-cheong, energy and pollution professor at the University of Hong Kong.

He added that other limitations included the relatively insufficient area for growing microalgae and high cost associated with removing the moisture in microalgae.

"It's not economical compared to other renewable resources, such as wind and solar," he said, adding that further research had to be done to put the biotechnology into effect, and that it would be difficult to attract investment. 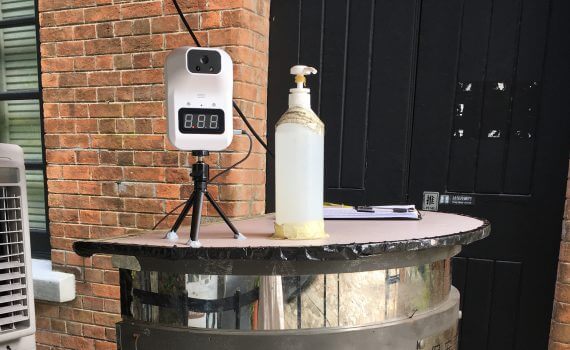