In the last minute of the 2012 Legislative Council (LegCo) election, Ms Hui Yee-yin was not in the mood to join other like-minded neighbours to celebrate the anticipated victory of her favourite candidate. What concerned her most was not to vote right but the right to vote, since she was "deregistered" by the authority, thus barred from the election although she followed its registration instructions.

What further annoyed her that night was the chaotic scene at polling stations. She learnt that some other deregistered voters got their voting right back "after quarreling for a long time," while her hours-long arguing with the officers has not been translated into a valid ballot. Living in a village house in Yuen Long, the voter of previous two LegCo elections said this was the first time in her life to be deregistered from the New Territories West constituency.

"Judging from the flawed registration procedures and the tumultuous election operation, I cannot be convinced under any circumstances that the government has respected the most fundamental political rights of Hong Kong people." After speaking emphatically and emotionally, she needed to take a short break during the interview to remain calm.

Registration and Electoral Office (REO), which Ms Hui blamed for its misconduct, has sent inquiry letters in last April to 17 per cent of all electors, or about 296,000 whom the electoral officer considers should confirm their address recorded in the provisional register. If they want to vote, they have to reply before June 30, otherwise their names would be "struck off" from the final register.

As part of the verification measures implemented in January 2012, this was aimed to curb vote rigging, a technique employed by some District Councilors in 2011 to place additional "iron votes" in their constituencies to secure their seats. Ironic cases such as voters with 11 surnames stating that they lived in a 400-square-feet warehouse in Mong Kok were unveiled later, which resulted in ICAC's investigation towards dozens of suspects.

Among the list of 296,000 "suspected" electors, Ms Hui received the mail from the REO, which contained a notification and a map provided by the Lands Department. She was required to confirm whether the red box printed on the map pinpointed her home, but she said she simply could not since there was no landmark could be referred to, no alley was named, nor a MTR station could be found although her home was several minutes walk away from Yuen Long station.

The only Chinese word appeared on the map was "Kong Tau Tsuen," name of the village where Ms Hui lived in. "The word is simply useless because every bit of the six-million-square-feet land can be called 'Kong Tau Tsuen.' I have no way to find where my home is, even though I have been living here for years," she said.

She added that she immediately contacted the REO after she read the letter, but got nothing besides more confusion. "If you ring them up for ten times, asking for the staff there for the same issue, you will get eight or nine different responses."

She can clearly recall one of the responses she got. "This junior officer who answered the phone just said, 'Oh, don't worry. It's not a big deal. If you cannot pinpoint your home, you can simply use your previous address.'"

"I was totally shocked because of his response. I questioned him over his seemingly-fake assurance, but he guaranteed there would be no problem," Ms Hui said.

Eventually Ms Hui lost her right to vote by following his promise, and could not reach the junior officer any more since she was told that he quitted the job.

Details of the phone call could not be verified by a second independent source. Self-contradiction appeared in subsequent letters sent to Ms Hui was the only evidence of REO's mistake she could provide, where the authority set the deadline of updating address on July 11 previously but changed it to July 10 in the latest letter.

REO refused to comment on any individual deregistration case after repeating inquiries. Its publicity officer Mr Joseph Wong said any complaint from the voters would be followed up and dealt with privately, while he did not deny any resignation of his colleagues in recent months.

According to the current legislation, the Electoral Affairs Commission Regulation Chapter 541A that concerns the geographical constituencies of Legislative Council election, says the Electoral and Registration Officer "must enter into the omissions list the name and principal residential address of any person to whom the REO has made an inquiry and asked for information but the required information was not received by the REO on or before the specified date."

Mr Albert Chan Wai-yip, elected lawmaker whom Ms Hui planned to vote for, criticized the electoral system as "harsh" and "ridiculous." "It is totally the government's fault. How can it deregister so many eligible voters simply because they have not replied the letter? And how can it verify elector's information in such a silly way?"

He said he questioned the government immediately after the 2012 election due to the "unprecedented discontent among the society," but did not get any response until October 31, when Secretary for Constitutional and Mainland Affairs Mr Raymond Tam Chi-yuen issued a written reply defending the REO's exclusion of six per cent of eligible voters was in accordance with the relevant electoral legislation.

Commenting on Ms Hui's case, Mr Chan Che-po, political science assistant professor of Lingnan University said the registration regulation might have restrained some people to vote, but the larger issue was that many deregistered voters were simply too "political apathetic" to cast their votes.

Although the voter turnout has increased to a record high of 1,838,722 in 2012, Mr Chan believed it we could only expect greater participation among the public after the implementation of universal suffrage in 2017. As he described, many people cannot see the value of their votes until they can directly elect their top leader.

But now, Ms Hui has indeed lost her voting right in this LegCo election. She felt confident to win a judicial review against the REO, but she did not apply for that due to its cost. Instead, she lodged a complaint to the Office of the Ombudsman, wishing that the election regulation can be improved in future.

"I haven't done this (complaining to the ombudsman office) before," she said. "I can imagine how difficult the process could be, but I am determined to take this tough journey." 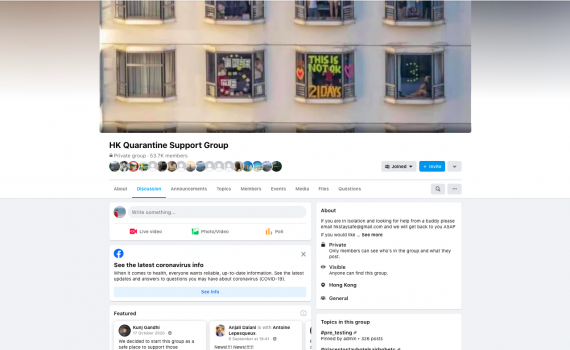 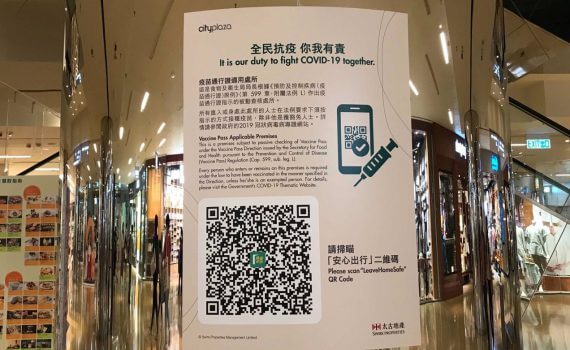