A lack of legislation to regulate what can be called organic has laid bare legal loopholes to be exploited.

The organic label
is what I treasure
most. Without regulation, people cannot have enough confidence in
organic food.

Regarding their organic food certificates as priceless treasure, organic farmers in Hong Kong have been calling on the government to introduce legislation backing the green label, amid fears that such hard-earned recognition could be abused by their non-organic counterparts.

While promoting totally non-organic food as organic constitutes a violation of the Trade Descriptions Ordinance, these unconventional farmers say anyone can put the organic label on a food product that has something to do with the seven-letter word.

They have argued that such inauthentic organic food could either be products that are only partially processed organically or those grown in totally conventional manner, so long as they originate from organic seeds.

Mr Shea Sheung-kwong, owner of Chun San Yuen Organic farm, has been pushing for legislation. "The organic label is what I treasure most. Without regulation, people cannot have enough confidence in organic food," said Shea. 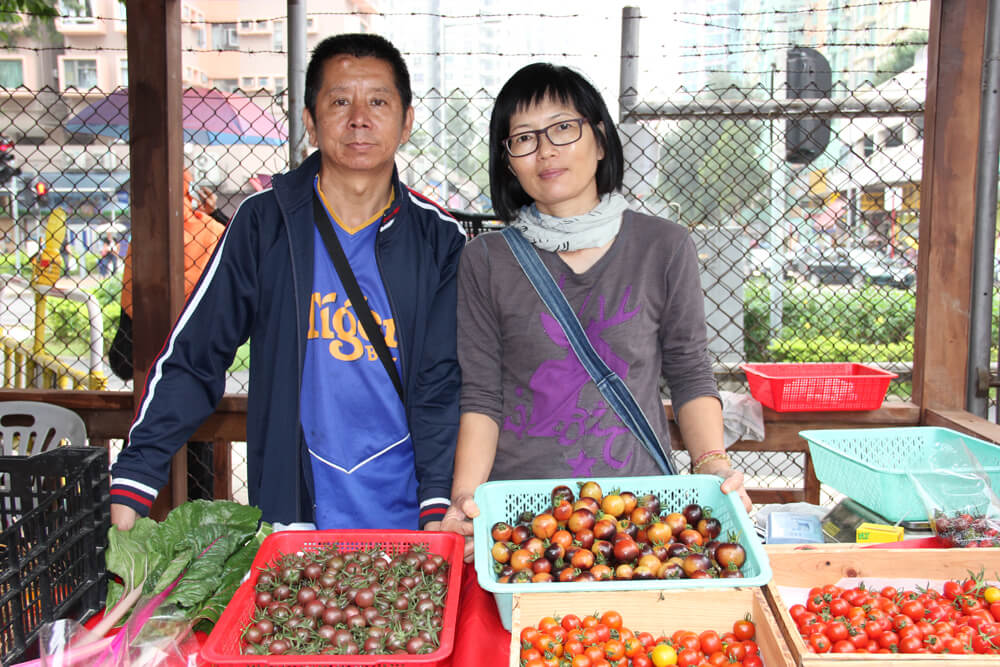 Echoing these farmers' concern, a survey conducted three years ago by Hong Kong Organic Resource Centre, a non-profit certification organization endorsed by the government, found that only ten percent of vendors was able to provide certification to prove the vegetables they sold were truly organically grown.

The lack of certification requirements for products to be labeled organic also means that it is easy for unscrupulous vendors to pass non-organic products off as organic, especially if they belong to two kinds of the same product, as in the case of fresh produce like vegetable.

This sends a confusing message to local consumers as to what the organic label means, and might discourage honest organic farmers who have gone through the trouble of undergoing a certification screening process to prove their produce is fully organic.

The centre, established in December, 2002, defines organic produce as those "grown, handled and processed based on a set of organic agriculture and production standards," with 110 local farms having been accredited so far.

To get an accredited organic label from the centre, farm owners have to present relevant documents and be prepared for ad hoc on-site checks by the centre, which examine the farm's environment and production mode, focusing particularly on seeds, chemical preservatives and fertiliser used.

Besides having to go through a series of screening tests, the cost of applying for certification is another hurdle. According to the Hong Kong Resource Centre's website, depending on the size of the farm in question, the cost can range from $10,000 to $40,000.
On top of that, the centre charges $1,200 per day for an on-the-spot investigation and $5,000 for a laboratory test.

He said without a government subsidy of $7,000 for each certification, even fewer farmers would bother to get the certified organic label.

According to a written reply to lawmakers by Secretary for Food and Health Dr Ko Wing-man in February, the overall number of local farms has reduced from 2,600 in 2001 to 2,400 last year.

However, the number of organic farms, defined as those enrolled in the government's Organic Farming Support Service scheme, has nearly doubled to 203 from 106 in the last decade. Currently these farms produce about 4.5 tonnes of organic vegetables on a daily basis, or about ten percent of the total supply of fresh vegetables grown in Hong Kong.

This rebound, as Mr Hung explained, was the result of support by both the government and farmer organisations, including the Federation of Vegetable Marketing Co-operative Societies, in spite of the costly nature of such unconventional farming.

He added that organic farmers could also apply for the Agricultural Development Fund from another government-supported group, the Vegetable Marketing Organisation, to cover part of the certification fees, namely costs incurred in spot-checking, submission vetting and other administration causes.

In addition to funding, the government also listed in its budget estimates this year that it would provide technical advice on organic cultivation and intensive greenhouse production.

However, Mr Hung does not foresee any specific legislation to back the green label being introduced in the near future.

"As Hong Kong is not an agriculture-based society, and most of our food products are imported from mainland China and other places, lawmakers do not have any sense of urgency to introduce such legislation," he said.

A consultancy study published in February by the Legislative Council acknowledged that legislation can bring the highest level of protection to consumers.

However, the study's researchers concluded that there was no "pressing need" to regulate organic farming in Hong Kong due to "cumbersome" procedures and potential "hindering" of the niche industry.

Instead, the paper recommended that the government raise consumers' awareness and support organic farming through administrative measures.