Local academics and corporate executives gathered at HKBU's Lam Woo International Conference Centre for the annual event, in which winners from 12 universities in Hong Kong, Macau, Taiwan and China competed for awards in 16 categories.

"We hope that more people know about this event and we look forward to more support in promoting journalism education," said Zhou.

Mr Brian Yap Ka-hei, a final-year international journalism student at Baptist, was named one of the award winners by a panel of 21 judges alongside Mr Alan Wong Sui-lun, a recent journalism graduate from the same university.

Mr. Yap snapped up two awards for his feature story on the plight of the N-nothings group in Hong Kong published in The Young Reporter, an English-language magazine run by journalism students at Baptist.

He described the newspaper award contest as "an esteemed recognition" for the works of aspiring journalists as well as a platform for prospective employers to meet their future staff."

On the other hand, Mr Wong secured three prizes for his design of the Legco Losers Special as well as the March and December issues of The Young Reporter. 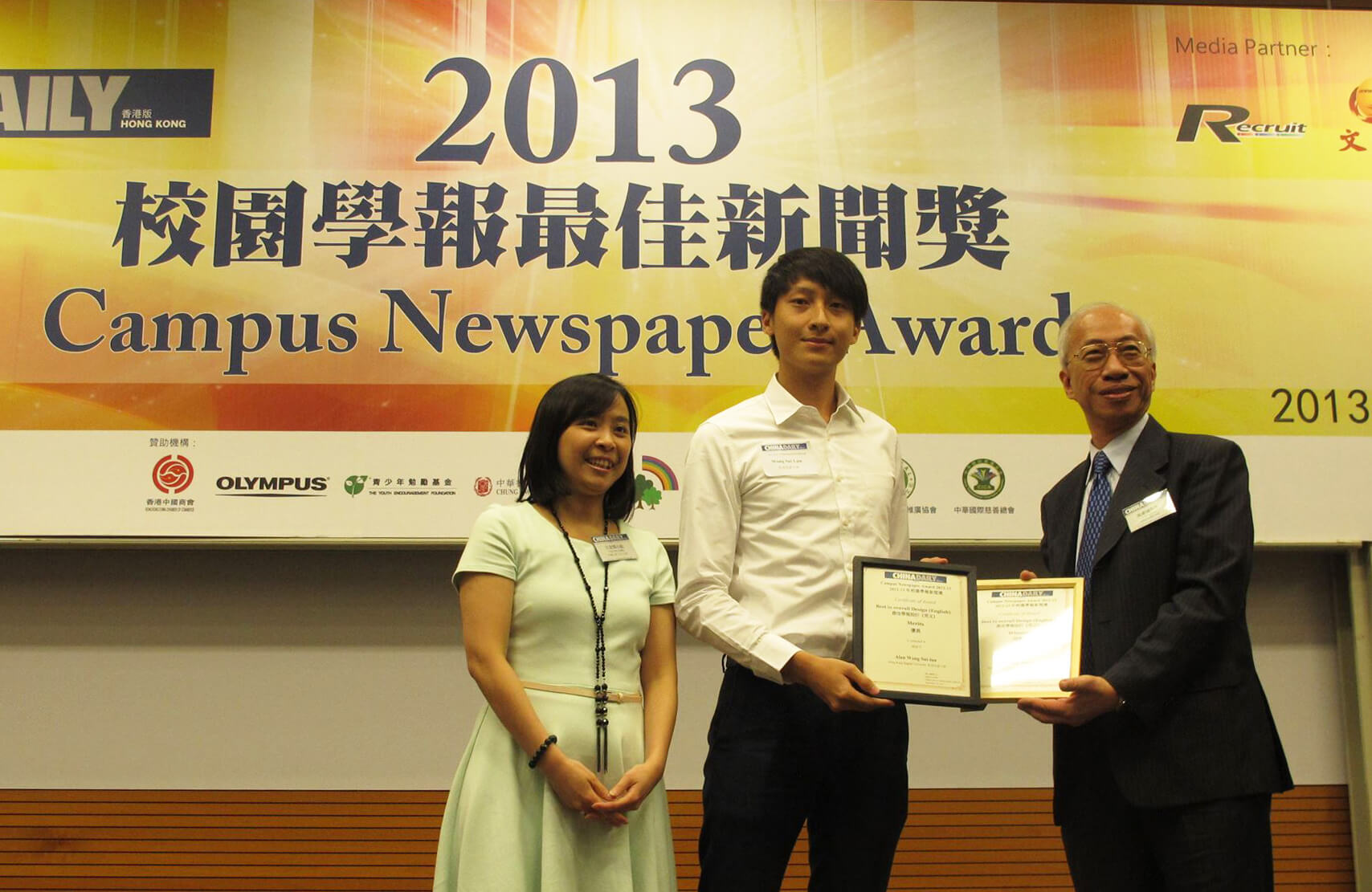 "I am glad the efforts I put into the design of the publication, which I started from zero in the previous summer and completed just in time for the publication of our first issue, gained recognition from the competition's judging panel," said Wong.

But the Chinese University of Hong Kong was the only participating university to have scooped up 11 awards, making them the biggest winner of the competition in two consecutive years.

The campus newspaper competition was first launched by China Daily Asia Pacific last year, with 16 award categories open to Chinese and English story entries from 12 universities across China and Taiwan.