Mr. Jim So Yik-him, an assistant marketing officer at a local jewellery company, received an unexpected call from the Office of the Licensing Authority on a typical weekday.

He was issued with a prosecution warning by the authorities over his company's unlicensed online lotteries and lucky draws, and was ordered to stop running them immediately.

Completely shocked by the prospect of prosecution, he and his colleagues cancelled all the online entertainment events and asked the Licensing Authority for more details about licence application.

According to the Gambling Ordinance, companies seeking to organise any trade or business promotion competition which involves chance must first obtain a Trade Promotion Competition Licence from the Licensing Authority.

Lawyers have pointed to the lack of promotion and public education about the legal liability for organising and participating in unlicensed trade promotion competitions.

They say this has led to the widespread lack of awareness amongst local companies and residents about the risk of prosecution for their involvement in such activities by the authorities.

"The lack of promotion and education are the main reasons behind the low public awareness of the law in the city," said Mr. Christopher Wong Kwok-yan, a solicitor who specialises in criminal defence.

In July 2011, the Oriental Daily News reported that it had sent the names of 14 local organisations that had conducted lucky draws on Facebook to the Licensing Authority, and that only one was confirmed to have applied for a licence.

It also revealed that famous jewellery chain, MaBelle, was one of the organisations that had not applied for a licence before conducting an online lucky draw.

But Ms. Florence Wong Ching-hung, a spokesperson for the Home Affairs Department, said the authority had issued more than 2,000 licences annually from 2010 to 2013.

"The purpose of licensing trade promotion competitions is to ensure they are run in a prescribed and controlled manner," she said.

Ms Wong added that the authority would usually refer complaints about unlicensed trade promotion competitions to the Police, which would then decide whether to take enforcement actions against the organisers or participants.

The Young Reporter recently talked to four Hong Kong residents aged between 19 and 31 about their experience participating in lucky draws, and whether they would check if the organisers had obtained a licence before joining one.

All of those responding said they had never heard of the law and did not know they could be prosecuted for participating in any unlicensed trade promotional competition.

While guidelines on licence application and related information can be found in government leaflets and on the Licensing Authority's website, Mr Wong suggested that online promotional videos be created to further enhance public education about it.

"From the government's perspective, the law is a ‘minor matter,' and it does not think it needs to put a lot of effort into promoting it," said Mr Wong. "But people cannot be ignorant of the risk of violating the law." 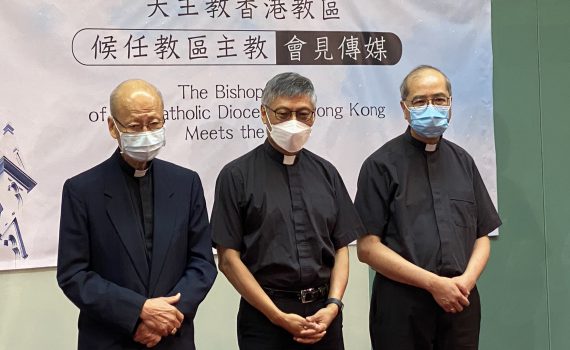