Amidst the mellow glow of a pink neon light stand Peter and his friends, who are gulping beers by the curb of a dim street. Having emptied the last can, the group goes straight into a narrow doorway flanked by shops and up the stairs, which lead them to a night of affordable, commitment-free lustful company.

"I'd rather pay for someone who agrees to have sex with me for sure. Dating is expensive," said Peter, a 26-year-old logistics worker who frequents brothels.

He is one of the young men in the city who ring the doorbells of sex workers to spare themselves the financial and emotional investment into a committed romantic relationship. Experts say the media may have played a role in the preference for sex workers to a girlfriend and warn the sexuality may take its toll on young men's psychological well-being.

Forty-two per cent of young adults aged 18 to 32 said they could not afford dating and getting married, a survey by the APM mall revealed in January.

Even having one-night stands with girls picked up at nightclubs was not as good as visiting sex workers, Peter said.

"You have to buy those girls drinks. I would rather spend the same amount of money on sex services."

"Coming to us is absolutely cheaper," she said. "Even if you are lucky enough to have a girlfriend who doesn't ask for money, you still have to spend quite a lot on regular dates with her, like going to movies, not to mention on buying her luxury goods on special occasions."

Some young adults opt for paid sex to evade the hassles of establishing and maintaining a committed relationship.

Peter said looking for true love was no easy job, as sometimes he would either get stuck inside a woman's friend zone or be put at her beck and call.

He added going to brothels was a much quicker way to satisfy his cravings as it saved him the troubles of courting a woman for sex.

"You don't have to think about whether sex workers are willing to have sex. They must be willing to."

Ching Ching said some men came to her because they could go straight to sex without being grilled by typical girlfriends' questions such as "do you love me."

Ms Grace Lee Ming-ying, education officer-in-charge of the Family Planning Association, said such films had distorted the younger generation's attitudes towards sex by presenting a life of debauchery.

"Those films may only reveal a single side of our society," she said, concerned that young people would internalise everything shown in the films without critical thinking.

Ching Ching said she had sensed the power of the media over her clients and recalled how the media had been shaping patrons' preferences.

"My neighbour who is in her 50s has seen a rise in the number of clients while those 20-somethings suffer a loss of clients," she said.

"We produce a film only when we think our society will accept it," he said.

Internet is also a hidden hand behind the trend, experts say.

"If young adults do not have the basic knowledge of sex, they will not know whether or not people are telling the truth on the Internet," said Dr Matthew Yau Kwai-sang, Chairman of the Hong Kong Association of Sexuality Educators, Researchers & Therapists Ltd.

Dr Yau noted some people often boasted on social networking websites they had many sexual partners and enjoyed the mode of life. "Young adults who bump into such posts online tend to believe and follow suit," he said.

A mess-up of sexual arousal, emotional attachment, and money would make it hard for young men frequenting brothels to build up a long-term romantic relationship, said Dr Yau.

"As time passes by, their sexual desires will decrease. But chances are high that they will not have a stable partner to spend the rest of their lives with," he said. Worse, he added, such young men would be so lonely as to develop depression.

He said some frequent patrons would ignore the feelings of their spouses during sex as they did with sex workers.

People with excessive sexual experience, Dr Fong believes, also have a larger tendency to cheat on their partners. "Because they are often sexually unsatisfied with their spouses," he said.

But to Peter, marriage is more of a "mission impossible." He said he had had enough of failed relationships and enjoyed his current lifestyle. "I'm still young and I've still got enough time."

The pink neon light glimmers through the curtain as Peter closes the door behind him.

This is just another night. 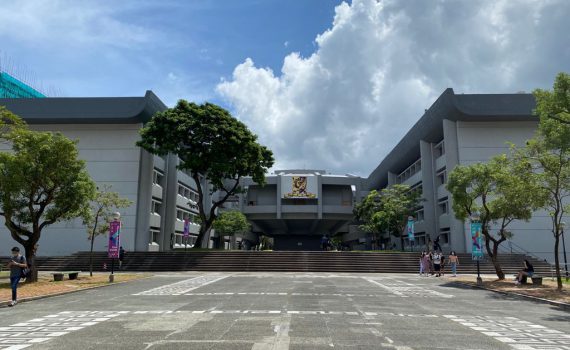