Peter, a 26-year-old logistics worker, explained to The Young Reporter why he prefers sex workers to a girlfriend.

In this processed video, Peter says as he smokes that he sees patronising brothels as the most efficient way to satisfy his needs. Having been frequenting sex workers for more than ten years, he says he has been used to this lifestyle.

Love is necessary, he says, but love without sex is unacceptable.

Ching Ching, a sex worker The Young Reporter approached through outspoken sex worker rights group Ziteng, says in this interview filmed at the group's office in Mong Kok that men are spared the financial and psychological burdens in paid sex.

She says some men prefer having sex with sex workers because of the mutually agreed precondition that no commitment or promise of commitment will be involved at any point of the encounter.

She calls it "lucky" for men to have a girlfriend who does not ask for "pocket money."

The number of female sex workers in Hong Kong is estimated to be at 20,000, according to Ziteng. Mong Kok alone has about 500 brothels, motels, and massage parlours, accommodating more than 1,000 sex workers and serving 10,000 to 20,000 clients per day, the group says.

Organised prostitution is illegal under Hong Kong law. But one-woman brothels where one sex worker provides sex services in her apartment are allowed. 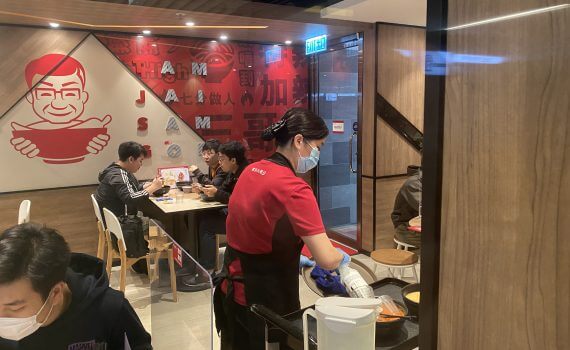