"To achieve genuine universal suffrage, we may need to prepare a more ‘lethal' weapon — Occupy Central," Mr Benny Tai Yiu-ting writes in his column in the Hong Kong Economic Journal. Together with Reverend Chu Yiu-ming and Dr Chan Kin-man, Mr Tai proposes to force the central government to implement an electoral system "in accordance with international standards" for the 2017 Chief Executive election by paralysing the economic and political centre of Hong Kong. The movement is later named "Occupy Central with Love and Peace".

It says:
* All the executive, legislative and judicial practices in the HKSAR must conform to the Basic Law.
* China's central government has comprehensive jurisdiction over all local administrative regions, including the HKSAR.
* The high degree of autonomy enjoyed by Hong Kong is subject to the level of the central leadership's authorisation.

Working with the Public Opinion Programme of The University of Hong Kong and the Centre for Social Policy Studies of the Hong Kong Polytechnic University, Occupy Central activists hold an unofficial civil referendum on the constitutional reform proposals and ask the public if LegCo should veto the government proposal if it cannot satisfy international standards by allowing genuine choices by voters. Of the 800,000 votes cast, more than 87% vote "yes" on the second question.

More than 100,000 people march from Victoria Park to Central to voice their opposition to the Occupy Central movement. Some participants reportedly receive money and other forms of rewards. The parade is the culmination of a month-long Anti- Occupy Central signature campaign launched by the Alliance for Peace and Democracy, a pro-Beijing political group.

The Standing Committee of the National People's Congress approves a resolution that lays down the following framework for the 2017 Chief Executive Election:

* All eligible voters have the right to vote.

Thousands of people join a rally at Tamar Park organised by Occupy Central with Love and Peace to show their discontent with the rigid electoral framework set by the NPC.

The Hong Kong Federation of Students launches a weeklong class boycott with a rally at the Chinese University of Hong Kong that is attended by an estimated 13,000 students from more than 25 tertiary institutions. They demand the NPC revoke its decision and Chief Executive Mr Leung Chun-ying resign. During the week, students move to Tamar Park, where scholars take turns to lecture on social issues.

About 3,000 secondary school students join a one-day class boycott organised by student activist group Scholarism. At the end of an evening rally marking the end of the boycott, Scholarism convener Mr Joshua Wong Chi-fung calls on protesters to "occupy" Civic Square at the government headquarters, which was previously open to the public but since blocked off. More than 100 protesters climb the barriers and manage to get inside the square, and 61 of them, including Mr Wong, are arrested the following morning. HKFS admits planning the intrusion beforehand with Scholarism. The arrests prompt more protesters to gather outside government headquarters.

About 1.40 am, Mr Benny Tai announces that Occupy Central officially begins, three days ahead of the original launch date of October 1. By afternoon, tens of thousands of protesters have occupied traffic lanes at Admiralty, blocking access between Central and Wanchai. When some protestors try to break through a police cordon, police use pepper spray and tear gas to disperse the crowd. But the use of tear gas – 87 rounds are fired – fails to drive people off; instead, more people join the protest.

In the following days, around 60,000 protesters assemble in Admiralty, Causeway Bay, Mong Kok, and Wan Chai, blocking main roads in the areas.

People opposed to the occupation, reportedly including triads, try to disperse the crowds with force in Mong Kok and Causeway Bay. Police are initially unable to stop the attempted clearance. HKFS calls off dialogue with the government to express their anger at police's failure to protect student protesters.

A meeting between senior officials responsible for political reforms and student leaders is scheduled for October 10 after students appear to have softened their stance by not mentioning their demands for the NPC to revoke its resolution and Chief Executive Mr Leung Chun-ying to resign.

The government calls off the October 10 meeting on the grounds that the basis for a constructive meeting has been undermined after protest leaders restate demands regarding the NPC and the Chief Executive and call on more people to come strengthen the civil-disobedience campaign.

**As this issue of TYR goes to print, it is unknown how long the protests will continue or what either side will do next. 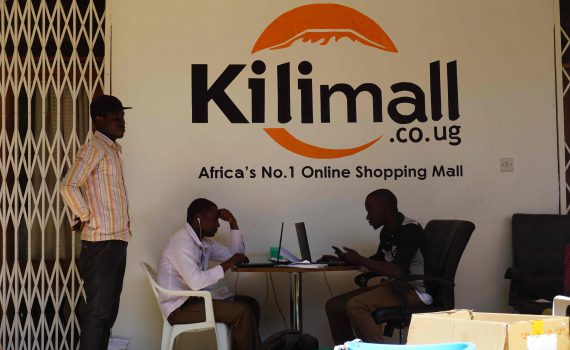