The class boycott is about:

We absolutely do not accept our fate, as we are determined to get back our future and be the masters of our own destiny.

WITH the release of this declaration, tertiary students launched the biggest-ever class boycott in Hong Kong's history on September 22. The class boycott was kicked off by a mass rally attended by estimated 13,000 students at the University mall of the Chinese University on September 22. With yellow ribbons pinned on their white clothes to symbolize their pursuit of "genuine" universal suffrage and peace, the students called for a revocation of the NPC resolution.

While they boycotted classes, the students said they would not stop learning and announced plans to invite scholars from different disciplines to give public lectures. More than 10 lectures a day were held from September 23 at Tamar Park and two other protest sites near the Central Government Office and Legislative Council Complex. On September 26, some secondary school students joined the class boycott on the initiation of student-activist group Scholarism.

Things took a dramatic turn in the evening, when Scholarism convenor Mr Joshua Wong Chi-fung urged the crowd to break into the front plaza of the government headquarters. Known as Civic Square, the plaza was recently closed to the public, and Mr Wong said the break-in was aimed at "recovering" the public space for the masses.

Scores of students who managed to get into the plaza were briefly detained before being released, but Mr Wong was detained for almost two days, prompting other students to rally to his support by staging a sit-in outside the Central Government Office. 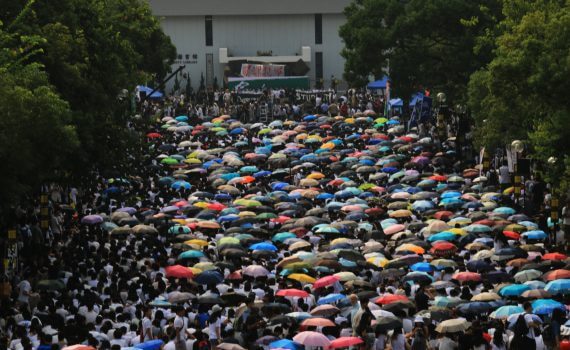 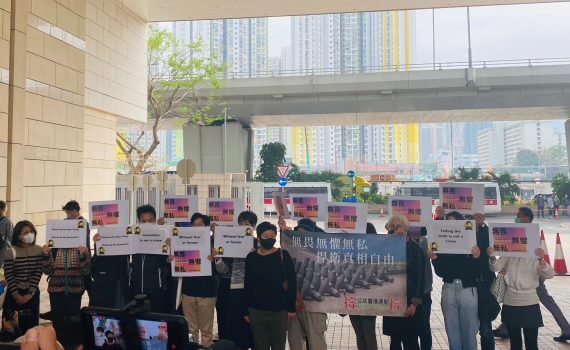