Bus passengers and civil society organisations have urged the government to strengthen the monitoring of Roadshow, a multimedia on board service owned and operated by Kowloon Motor Bus Company (KMB).

The channel provides entertainment and news programmes, which are broadcast to about 2.6 million passengers daily since 2000. But there are complaints that Roadshow broadcasts more commercials than the prescribed limit and is a nuisance to passengers who want to travel in a quiet environment.

Under the advertising guidelines issued by the Transport Department, the three major bus companies - KMB, CityBus Limited and New World First Bus Services Limited are not allowed to broadcast more than 20 percent of commercially related content within an hour.

The Transport Department has carried out 10 investigations in 481 buses in 2012 to 2013 and found that only two cases in 2012 did not comply with the advertising guideline.

"Except the two cases, all other buses inspected were found in compliance with the relevant condition. This shows that the bus companies have been making improvements," Mr Yau Shing-mu, Acting Secretary for Transport and Housing said in a written reply to the Legislative Council last year.

The Transport Department has also received 21 complaints regarding to huge amounts of advertisements in the same period.

But Mr Lo Hon-Man, organiser of the Anti-Coercive Advertising Campaign, a movement which aims at raising public awareness of advertisement, conducted a study in 2012 which findings challenges the official result to find out whether Roadshow has affected their travel experience.

He found that the percentage of Roadshow's commercially related content was about 60 to 90, far higher than allowed by the Transport Department.

He had filed about 100 complaints regarding the noise, number and length of the advertisements created by Roadshow to the Transport Department and Office of the Ombudsman in the past four years.

But he was not happy with the official responses: "They (Transport Department) only said they would urge the KMB to check its advertisements."

The Transport Department oversees the daily operations of Roadshow by reviewing the reports submitted by KMB. The department would only urge the bus operator to improve when it fails to follow the guidelines.

"I think it's a bit ridiculous because it sounds like they (Transport Department) are lobbying their own people," said Mr Lo.

The Young Reporter has interviewed several regular commuters on KMB to find out know whether Roadshow has affected their traveling experience. Most of them said the sound and advertisements from the mobile television were annoying.

Ms Lau, 18, a student who commutes by KMB 45 minutes per day, said Roadshow does not only broadcast business commercials. "I become more aware of laws and regulations in Hong Kong. For instance, last week I learnt about the Competition Ordinance through the Roadshow programme," she said.

Mrs Wong, 48, a clerk who commutes by KMB twice a week, said the volume of roadshow in some buses is relatively high and she finds it very unpleasant and noisy. But she said the volume of the shows varies at different time on different buses. She added that sometimes the televisions on the bus are muted throughout the ride.

Mr Lau, 48, a civil servant who commutes by KMB once a month, said the information broadcast in Roadshow is not up-to-date and it appears to help the government promote certain sensitive messages, such as promoting anti-occupy movement through the advertising materials or celebrity talk shows. He suggested Roadshow broadcasts something informative, such as daily news instead of advertising materials.

Mr Lee, 22, a master student, a regular KMB bus commuter who commutes three to four times a week, said that the volume is too loud which intensifies his motion sickness. He also suggested Roadshow broadcasting something informative instead of advertising materials. He said that the dull and repetitive content in the TV shows lowers his intention to watch Roadshow. He added that he would never watch Roadshow again.

"Consumers pay the bus fare so they should have the expectation of not constantly being bombarded by unwarranted commercials," said Mr Lo. 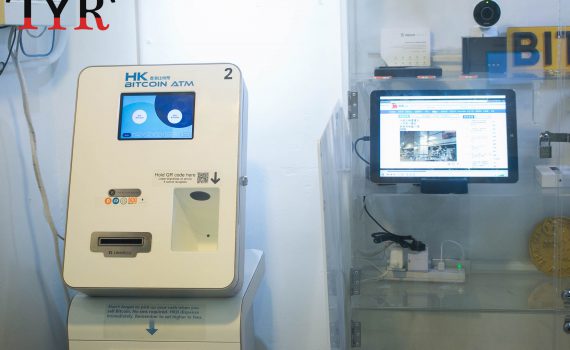