The Young Reporter team talks to "super seats" lawmakers about the future of the District Council (Second) functional constituency.

"District councillors should set examples for the people"

The MTR's by-laws leave a loophole allowing mainland parallel goods traders to transport their ware, while local students were caught bringing oversized musical instruments. On that debate, pan-democrats James To Kun-sun held a press conference to remind the MTR that there were similar issues seven years ago.

"The MTR bully the good people and fear the evil ones. It is crucial to speak up for people, and feel what they feel. This is what district councillors should do."

"I have spent most of my time on improving the district, and this is my responsibility," said Mr To.

For both the District Council and Legislative Council elections, members have to contribute to their communities in order to gain support,said Mr To.

The TYR team tried to contact Starry Lee Wai-king, the lawmaker from the Democratic Alliance for the Betterment and Progress of Hong Kong, but we failed to interview Kowloon City District councillor.

While two seasoned "super seats" councillors attempt to step down to give younger members a chance, another two are still determined to win in the District Council election. They are pan-democrats Frederick Fung Kin-kee and James To Kun-sun.

"There are no strategies to win the election but to be diligent. You would need to review what you have done if you cannot even get ten supporters -- the minimum requirement for nomination in the Legco election," said Mr Fung, the former chairman of Hong Kong Association for Democracy and People's Livelihood (ADPL), as well a member of the Sham Shui Po District Council.

Having been a district councillor for nearly two decades, Mr Fung believes councillors need to follow-up on local issues constantly and communicate with the neighborhood.

"I insist on making home visits once a week to know what is happening and to understand people's hard feelings."

Mr Fung would not comment on how other candidates do in the next district council election. But he aspires to his own party. "I certainly wish we can obtain more than 16 seats in the coming election, since the ADPL is now facing the pro-Beijing camp."

The ex-chairman of ADPL believed the party has been unfairly discredited in some of the districts they serve.

"I would say even if the pro-Beijing camp has financial support, it is not a threat," he added.

The Sham Shui Po District councillor said it was necessary to vote for someone who could really help the community. "My district, my home. I would give whatever resources that are needed to my neighborhood."

"The pro-Beijing camp has a powerful backing, and they would have secured seats at the Legislative Council once the District Council members are elected," he stressed.

Confident but refuses to predict

Mr Fung is now focusing on the District Council poll and would not speculate on how he might do in the Legco election next year. He just wanted to do what he always did as a district councillor and a super-seat Legislative Council member.

"I have confidence, but not complacent," said Mr Fung. "No matter who would be the opponents, I am always who I am."

"It is wrong to consider district council election as the admission ticket to the five super seats," said Mr Fung, "We should rather focus on improving people's livelihood."

James To: assured but no comment on "super seat"

"I would not say anything about the coming election that has not happened yet; but as a present district councillor, I would say I have confidence," said Mr To.

Among the five legislative super seats, Mr To, winning over 300,000 votes, had a landslide victory.

"It is encouraging, but it does not mean much when there are only five of us to compare with," the Yau Tsim Mong councillor said.

The seats have been a fight between the two camps. "It depends on how many district councillors of the democratic camp would be elected, then eventually those more famous would have a better chance of getting nominated."

"I am neither optimistic nor pessimistic towards the next election. Nomination for the Legco election within the Democratic Party has yet to happen," said Mr To, "I do not wish to make any predictions."

It's all about time management

Mr Ho advised young candidates, who might run for the super seat constituency, to pay attention to "have better time management, (as) you'll need to handle both sides."

He also highlighted the importance of having high popularity since the candidates had to deal with millions of voters.

"A super seat doesn't offer you a ‘super' or a ‘transcendent' position. It only means you are held accountable to a larger number of voters."

Mr Ho was voted into one of the super seats after he lost the 2012 Chief Executive election. He believed his fame could earn him a place in this broadly represented constituency.

"It's time for me to step down and allow some young people to take up this challenge," said the former Democratic Party chairman.

Mr Ho said it was a good sign to have some new blood to rejuvenate the 21-year-old Democratic Party. The youngest candidate the Party fielded is only 21 years old.

"I'm so encouraged to see that the younger generation has gained political awareness after the Umbrella Movement," said Mr Ho. According to him, participating in social events could be "life-changing" for youngsters.

The veteran politician admitted that running for an election these days was "much more difficult" than in the past, especially for the pan-democrats. "You need courage and conviction to join an opposition party."

The pro-establishment camp was promising young politicians opportunities as they climbed up the political ladder and that had lured many to join. But Mr Ho said they might be put off by political pressure.

"Sister Han": the government offers no relief on high rent

Wong Tai Sin District councillor Chan Yuen-han was one of the winners. The Hong Kong Federation of Trade Union representative had been known as the "queen of votes", but she only ranked number four out of the five super seaters.

She has witnessed the evolution of Hong Kong's electoral methods since the last days of British ruling. Ms Chan said the ultimate goal of the central government is to maintain checks and balances on different parties in the Legco.

"Super seats may be a product of political compromise, but they are somehow effective," said Ms Chan, who is not running in this district council election.

Coming from the labour sector, Ms Chan said she clearly understood the Hong Kong's economic situation and how it has failed those on low income.

The rent of studio spaces in Kwun Tong's factory buildings, for example, have jumped from $2 per square foot to $20, something those in the creative industry can barely afford.

"Behind it all are the real estate tycoons playing games among themselves, and the government simply has no policy to solve the problem," said Ms Chan.

She was hopeful of the candidates who would fight for her seat. Her advice to them: protect labour rights, fight for gender equality, reform the mandatory provident fund hedging mechanism, and improve retirement protection.

"I hope that people will not pretend to be in the pro-establishment camp as they do in the pan-democrats just so that they can become heroes," she said.

She hoped there would come a time when Hong Kong people could have a peaceful heart and could think critically to know their stance.

The "queen of votes" will eventually leave politics

"Super seats may be a product of political compromise, but they are somehow effective," said Ms Chan, who is not running in this district council election.

She pointed out that issues are being discussed and debated over and over again in Legco everyday. She felt bored and pointless staying in the Council, where "self-contradicting" and "tearing-harmony-apart" arguments were always raised. She wanted to devote herself to serving the district.

"Objectively speaking, political considerations and the fact that Legco refused to pass the political reform package are also reasons for me not to run in the poll," she said.

"Eventually, people of my time will leave. I don't know how long I would still be alive so I told myself not to be stubborn," she said.

What are "super seats"?

The implementation of the super seats were to make LegCo more democratic. In the past, less than 230,000 out of 3.3 millions voters had an extra vote on functional constituency. Starting from 2012, the remaining 3 million people can cast a second vote on the candidate who is an elected district councillor.

The super seats were one of the products in the political reform passed in 2010. The government tried to change the phenomenon that 6.71 per cent voters control half of the Legislative Council.

Squash players dress up and keep running for charity campaign 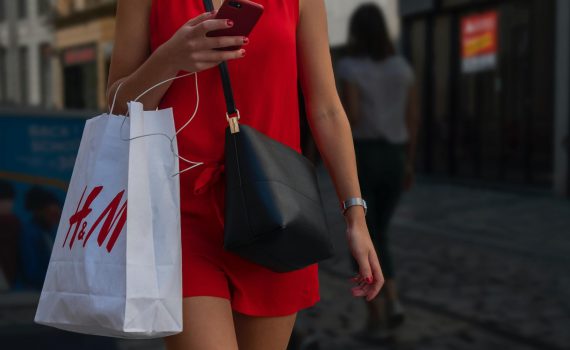