Taiwan goes to the polls tomorrow to elect the island's 14th president, but a Top 2000 CEO Survey done by CommonWealth Magazine in December, 2015 found that 20.8% of the executives think that none of political parties can lead Taiwan out of its economic turmoil.

Only 11.4% of the CEOs interviewed were confident that Tsai Ing-wen, the predicted winner, has the ability to overturn a sluggish economy

Chen Kwan-Ming, founder of Westudent, a headhunter company believes the answer lies in investment in the IT industry.

"The previous generations have the capital in hand but the only knowledge they have of IT is how to fiddle with smartphones," he said.

He wants the government to provide IT education for the older generations so they can benefit from startup companies.

International Data Corp, a market information advisory firm predicts that over 30% of Taiwan's firms would conduct transactions through virtual platforms in 2016. But Yvette Lin Wan Ching, CEO of Sudo said government policies in Taiwan and the business environment on the island lag behind mainland China and the U.S.

"Eighty percent of Taiwan's GDP is comprised of income from production. The government fails to comply with global trends to let tech industry take over," said Ms Lin.

Tsai Ing-wen has promised better opportunities for entrepreneurs in Taiwan by removing red tapes for startups and renew innovation in Taiwan.

When asked whether she favored which presidential candidate, Yvette said anyone would do as long as voters chose the right talents to develop the tech sector.

"I do not have a particular preference as long as the party is encouraging and tolerant towards startups," Ms Lin said. 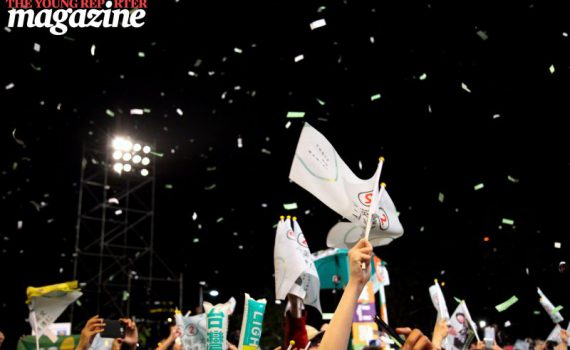