On the night of November 22, after winding up a 10-day exhibition, a group of people gathered in a studio in old Shanghai Street. They include artists, volunteers and neighbours who were reminiscing about Woofer Ten, the workshop that would no longer be theirs.

Wong Yin-mong, a neighbour working next to Woofer Ten, said she was astounded when she was told of their coming removal. "The products they make are very interesting. Some show the original image of the community, which is unknown to most young people today."

Community art is a revival and representation of a community's culture and history. It embodies communal lifestyles and beliefs, and helps to distinguish among different communities, says Mr Lui Yat-nan, a key member of Woofer Ten.

Unlike other art forms, community art should be deeply rooted in the community, says Dr Leung Mee-ping, an associate professor of visual arts at Hong Kong Baptist University (HKBU) and an expert in community art.

"Artists' group should establish long-term relationships with community residents, and that's what Woofer Ten tried doing", Dr Leung says. Starting in 2009, Woofer Ten twice bid for and was awarded the running of the community art project at 404 Shanghai Street.

But the Hong Kong Arts Development Council decided to cut the funding and in July 2013 instead accepted the bid from the Centre for Community Cultural Development.

Dr Leung says community art studios need to enact communal identity and connectedness if they want to thrive in the neighborhood.

"No artists' group wants to rely on government sponsorship for the long run, but it's quite impossible for them to self-sponsor given Hong Kong's soaring rents," he says. Mr Lui, of Woofer Ten, says the hegemony of developers is hindering the development of community art in Hong Kong.

Businesses would rather let art groups do exhibitions in their stores than sponsor low-rent areas for community art projects.

Dr Chew Ming-tek, associate professor of sociology at HKBU says Hong Kong people "are so short-sighted" that capitalists businesses and the government were not willing to pay for something that is seemingly not financially sustainable or for profit.

Many Hong Kong people, especially youth, are still unaware of the role that community art plays in the prosperity of the entire local culture and perceiving it as a low-brow art form.

"The community is where citizens live and interact. Without community, there would be no Hong Kong," says Dr Victor Lai Ming-hoi, also an associate professor of visual arts at HKBU and previously a successful bidder for 404 Shanghai Street.

Dr Lai says that given the speed of urbanization, community art is significant in revitalizing both communal culture and collective memory. All citizens, he says, can be "both creators and participants."

One community art project is trying to engage local residents to try it both ways.

House of To Kwa Wan Stories, a community-art studio sponsored by St. James's Settlement in To Kwa Wan since 2014, is running a community production-line to encourage residents to participate in the creation of art.

To Kwa Wan was formerly a principal light-industry area but, due to the industrial transfer to the mainland, many traditional crafts have been eclipsed.

Urban modernization is also marginalizing many existing industries, including hardware and textiles, breaking apart the original community spirit and networks.

Wong Wing-tong, the artist who initiated the studio, arranged an exhibit over the local workshops to show their typical characteristics. "We don't want the traditional crafts to disappear in the face of mass production," he says. "They embody the living attitude and customs of the community."

Under Mr Wong's guidance, local residents have engaged in the production of art works helped by four groups of artists. They collect raw materials from the waste of the area's light industries and use them to produce containers, textiles and notebooks.

"Local residents should be the best actors to restore the ecology of the community," Mr Wong says. "The community nowadays is different from 1970, and without the memory of local relations among the current citizens, the community was only a skeleton that produced loneliness, with no spiritual connection.".

Through such communal production residents not only enhance their relationships, building up local identity, but also reflect upon their present lifestyle and social norms. in the times of modernity, Mr Wong says residents can also regain some autonomy under the in an era of mass production and consumption.

Dr Lai says it was normal for HKADC to transfer Woofer Ten's workshop to another project to make a change. But he says some cultural institutions should be established to organize and integrate creative and cultural industries, in order to deepen the sense of local identity.

He says Hong Kong is not lacking in not passionate and avant-garde artists, but there is a need for overall planning to consolidate the achievements for long-term sustainability. Dr Lai says Hong Kong's layout of community art is diverse, but the overall development is actually narrow and fragmented. "I cannot see any continuity," he says. 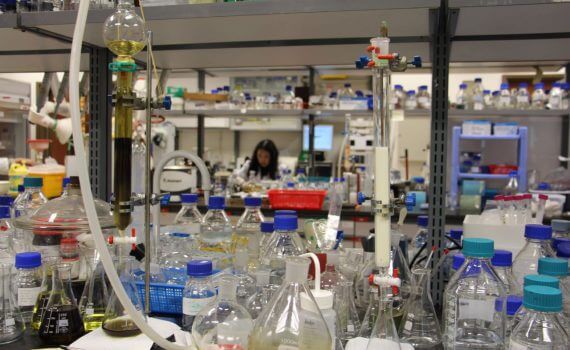