Treasure hunt, hiking and biking on the island for local charities

This is the 18th year for the community of Lamma Island and Operation Santa Claus collaboration to raise money for the local charities in Hong Kong.

On December 4th, a bike race, a 10km marathon, a family scavenger hunt and a treasure hunt were held on the island.

Robert Lockyer, the organiser of the events, said they hope to bring the community together for a good cause.

He said there are around 300 to 400 participants this year. Most of them are from the island.

"We have to spread out the events on the island," he said. "People even suggest additional events, so next year instead of a one-day event we will do two-days as we are hoping to do ten to twelve events next year."

Mr Lockyer said it has been really busy to organise all the events, but fortunately, the members from the Lamma community are so supportive.

"It's been a tradition that OSC is something Island Bar supported, so we took over that job as well," said Brad Tarr, owner of the bar, who took over it about six months ago.

He said they tried to make as much money as they could by putting on bigger events this year.

Mr Tarr hoped he could continue to support the campaign next year even if he could not make any profit.

He also thanked those who had come to participate in the OSC events in Lamma Island this year as the events would not be here without them.

"We do the event for OSC, not for us," Mr Tarr said, "If we can help a little bit these charities we will do it."

The event is a family and "disabled access friendly" village scavenger hunt which started at The Island Bar.

Participants formed groups of four people at most to village for items and clues on the island.

Mr Tarr said they have got people in pushchairs and wheelchairs participating in the event this year.

"There is no stairs involved so it is easy to move around," he said.

The walk, initiated by The Island Bar in the charity campaign Operation Santa Claus, aims to raise money for local charities.

The 10km trail started at Yung Shue Wan plaza near the Lamma Island police station and finished at The Island bar, with a checkpoint at Lamma Winds, the first wind turbine in Hong Kong.

"One of the gurkhas did the race in 29 minutes," said the owner of the bar, "It's a record that we hope will be broken next year."

Eudiya Gurung and her teammates from an Indian group in Hong Kong, won the competition race with the finishing time of 1 hour 12 mins.

The group said they participated in the race for the charity.

"We enjoy a lot even though that is our first time to take the marathon," said the resident of Lamma Island.

Some of the team members run everyday from Wan Chai to the Peak to prepare the marathon, according to Ms Gurung.

While Ms Gurung said she hadn't prepared much for the race, she does jogging everyday in order to keep herself fit.

"Whenever I have time, I just go," Ms Gurung added.

Each rider has to make a minimum of $100 donations to the OSC before joining the race.

The race has three categories, including Men's, Women's and Team's. Rider who completes the most 4km long loops in 3 hours would be the winner.

131 participated in the event. The youngest rider is 14 years old, while the eldest is 63. There is also a women's competition of twenty women riders.

Stretching from the Tai Peng village to the top of Pak Kok Shan, the riders have to experience a challenging downhill with twists, turns and banks.

Andy Chunman, a participant from Mui Wo, dressed as Santa Claus to the race.

"It's Operation Santa Claus!" he said, "I like dressing up in silly costumes."

He said he got to know this event from Hong Kong Mountain Bike Association and more investments in Hong Kong's mountain biking would be a great Christmas present for all mountain bike enthusiasts. 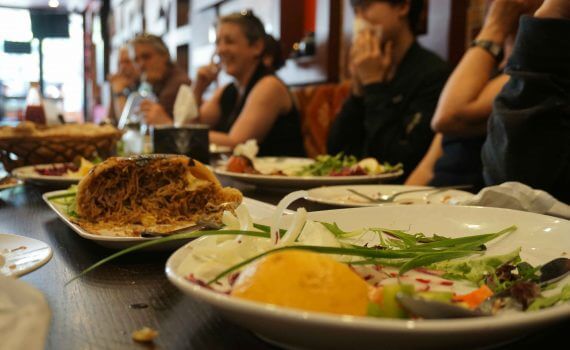 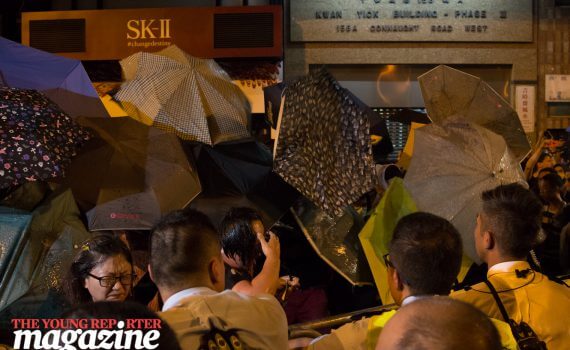