Convener of Citizen Charter 617 James Hon Lin-shan, also an organiser of the event, said more than a thousand people attended the commemorative rally of Umbrella Movement on Thursday - a double of what he expected.

At 5.58pm, participants stood for three minutes of silence with their yellow umbrellas raised.  Steam and sound were used to re-enact the scene at the exact time three years ago, when police started intimidating tear gases to force out the protesters.

Around 40 parties and civil groups set up booths in the anniversary event.

The three Occupy Central founders -  Benny Tai Yiu-ting, Chan Kin-man and Reverend Chu Yiu-ming were among the speakers on stage.

Tai said that people in Hong Kong should keep the faith in fighting for democracy.

"No matter how the situation becomes, we should believe that Hong Kong can enjoy true democracy one day, " he said.

The associate professor of law at the University of Hong Kong also criticized the government's suppression on discussions over Hong Kong independence.

"Tell me why speaking about Hong Kong independence has violated the law? Which law I have actually violated?" Tai added.

He also pointed out that the trio are all mentally prepared for the possible imprisonment.

'I believed once we have started the road of civil disobedience, we have to pluck up our courage to walk till the end, including being imprisoned,'' Reverend Chu said.

The pro-democracy Umbrella Movement took place in 2014 was aimed to fight for universal suffrage to elect the city's leader and to resist the 831 framework proposed by Beijing.

The 831 framework, laid down by the National People's Congress Standing Committee, set limits for 2017 Chief Executive Elections and 2016 Legislative Council in HKSAR, which involves screening of candidates and emphasizes the importance of a patriotic leader.

The sit-in movement was kicked off by the three Occupy Central co-founders on September 28, 2014, after days of student's strike by Hong Kong Federation of Students and Scholarism.

Prominent student leaders of the movement, including Joshua Wong Chi-fung, Nathan Law Kwun-chung and Alex Chow Wing-hong were sent to jail last month for six to eight months for storming the civic square which was considered to have directly triggered the longest-running protest in the city.

The court adjourned the case to next January for pre-trial review. 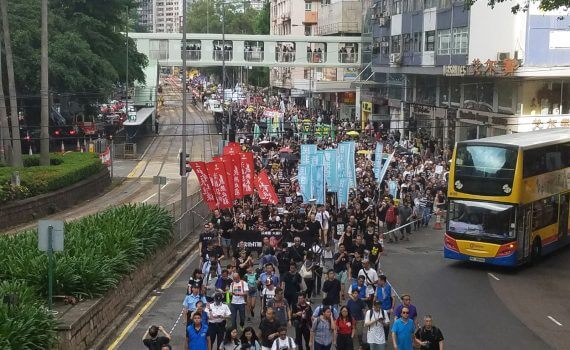 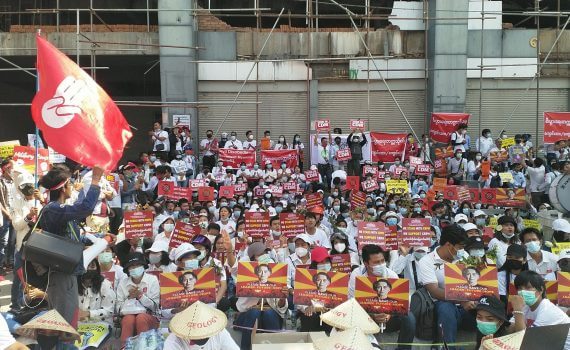