The "most colourful" night of Hollywood is over and all awards this year are presented. The Shape of Water, the movie with 13 nominations, is the biggest winner of the night bringing home four trophies. 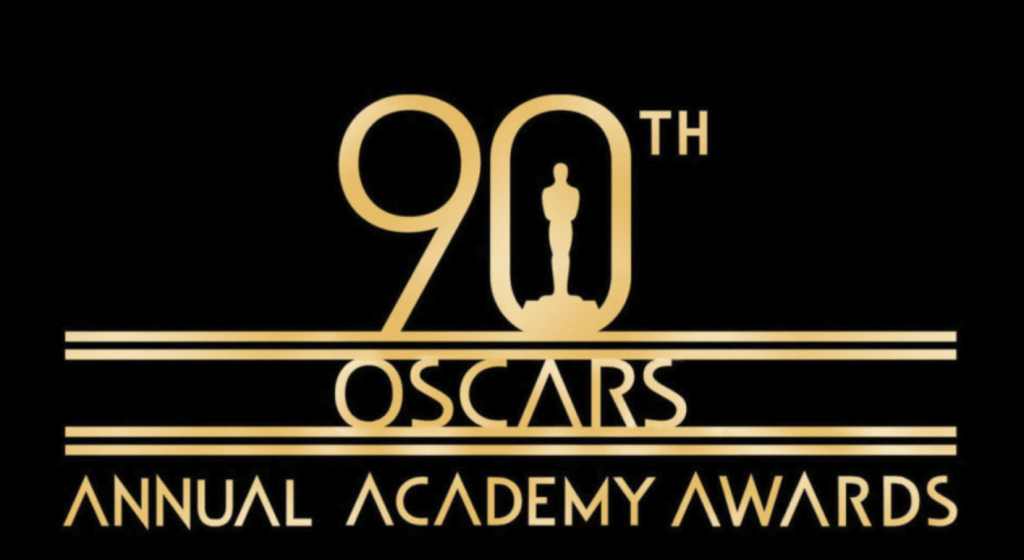 Here is the list of Oscars 2018 nominations with the winners bold:

Call Me by Your Name
Darkest Hour
Dunkirk
Get Out
Lady Bird
Phantom Thread
The Post
The Shape of Water
Three Billboards Outside Ebbing, Missouri

BREAKING: The #Oscar for Best Picture goes to “The Shape of Water.” https://t.co/KyJELjJlTS #Oscars pic.twitter.com/VncaRPrsXU

During the Cold War era in Baltimore in 1962, lonely and mute Elisa (Sally Hawkins) works as a cleaning lady in a high-security government laboratory. Her life forever alters when she and co-worker Zelda (Octavia Spencer) discover a secret project where a mythical humanoid amphibian, living underwater, was held captive, experimented on and then tortured. With the help of Zelda and Giles (Richard Jenkins), Elisa rescues the creature to her own home against life-threatening odds. As the two forms a deeper bond, a romance that transcends race and species unfolds.

Director Guillermo del Toro​ dedicates his Best Picture Oscar for 'The Shape of Water' to 'every young filmmaker.' "This is a door, kick it open and come in." #Oscars

Gary Oldman thanks his 98-year-old mother. "Thank you for your love and support. Put the kettle on. I'm bringing Oscar home." https://t.co/lJd891ISOk #Oscars pic.twitter.com/N3HLidEb0t

This was it: Last night, #FrancesMcDormand bringing all the women at the #Oscars to their feet to support and celebrate women’s stories and women filmmakers. From @iamannabellasciorra and @ashley_judd to #mayarudolph and @tiffanyhaddish to the glorious @allisonbjanney it was a night for women to declare: We are not waiting for the world and the Industry to change...WE ARE CHANGING IT. Also, extra 🏆🏆🏆to Frances McDormand for her two final words: Inclusion Rider. A point that actors can have added to their contracts to ensure there is racial and gender equality on set and on the movie’s hiring. Here’s to the day this won’t be an add-on, but a fundamental principle. Thank you, Frances....you make every woman out here want to RISE and remember what we are capable of...what is possible!! #oscars2018 #AcknowledgeIsPower #R29Regram: @abcnews Words: @christenebarberich

Actor in a Supporting Role:

#SamRockwell wins the Oscar for Best Supporting Actor for #ThreeBillboardsOutsideEbbingMissouri and dedicates his award to his buddy Philip Seymour Hoffman. #Oscars pic.twitter.com/RzHKxixKVE

Sam Rockwell wins Actor in a Supporting Role for his role as Jason Dixon, an alcoholic and impulsive detective, in Three Billboards Outside Ebbing, Missouri. He is also known for his supporting roles in Iron Man 2 (2010), Cowboys & Aliens (2011), and The Way, Way Back (2013). This is his first Oscars nomination and his first award.

Actress in a Supporting Role:

Allison Janney wins Best Supporting Actress for her role as LaVona Fay Golden, Tonya Harding’s mother, in the film I, Tonya. She is previously known for her roles in American Beauty (1999), The Help (2011) and The Girl on the Train (2016).This is her first win in the Academy Awards.

Guillermo del Toro: "I am an immigrant...The greatest thing our art does and our industry does is to erase the lines in the sand. We should continue doing that when the world tells us to make them deeper." https://t.co/lJd891ISOk #Oscars pic.twitter.com/PoOitsZvGu

The Shape of Water was directed by Guillermo del Toro and written jointly by del Toro and Vanessa Taylor. It first premiered at the 74th Venice International Film Festival and has grossed $113 million worldwide.

Congratulations to the #PixarCoco family on winning Best Animated Feature at the #Oscars! pic.twitter.com/q0B0ldkUf2

Coco wins Best Animated Feature Film just as the public predicted. This 3D adventure fantasy animation film was directed by Lee Unkrich and co-directed by Adrian Molina. It chronicles the journey of 12-year-old boy Miguel Rivera, who is accidentally transported to the land of the dead, where he seeks to understand the life of his deceased musician great-great-grandfather Héctor Rivera.

The #Oscar for Best Cinematography goes to Roger Deakins for “Blade Runner 2049," his first Oscar in 14 nominations. https://t.co/2LMw0Tp9XW #Oscars pic.twitter.com/mLnRU2P1aR

Mark Bridge wins the Best Costume Design for his work in Phantom Thread, a historical period drama about a love-hate relationship between Reynolds Woodcock (Daniel Day-Lewis), a perfectionist high-end fashion designer, and his muse, Alma (Vicky Krieps), as well as the haute couture industry of London back in the 1950s. Bridge previously won the same award for his designs in The Artist (2011). This is his third Oscars nomination and his second win.

Best Animated Short Film goes to Dear Basketball, written by Kobe Bryant and directed by Glen Keane. Bryant describes how he and basketball have given each other all they have, from his youthful dreams of glory to his 20 years' career. This their first Oscar nomination and win.

The makers of "Icarus," winner for best documentary feature, hope their film "is a wake up call—yes, about Russia, but more than that, about the importance of telling the truth, now more than ever." https://t.co/lJd891ISOk #Oscars pic.twitter.com/wgziRUcZs1

The Best Documentary Award goes to Icarus, directed by Bryan Fogel, which explored the option of doping to win an amateur cycling race with the help of Grigory Rodchenkov, the head of the Russian anti-doping laboratory who testified to the swapping of Russian athletes' steroid-stained urine samples so they would go undetected in the Olympic Games. It premiered at Sundance Film Festival last year and was soon awarded US Documentary Special Jury Award.

The #Oscar for Best Documentary Short Subject goes to “Heaven Is a Traffic Jam on the 405.” https://t.co/LvakgMj2ZR #Oscars pic.twitter.com/y8OBEk3Gio

A Fantastic Woman wins The Best Foreign Language Film. It is a 2017 Chilean drama film directed by Sebastián Lelio. It portrays the journey of Marina, a transgender woman and an aspiring singer, who undergoes suspicion and investigation after the death of her boyfriend.

Gary Rizzo, winner of #Oscar for best sound mixing for "Dunkirk": "To my daughters...I love you. Hang on to your dreams—they are so, so valuable." https://t.co/lJd891ISOk #Oscars pic.twitter.com/lOwlp9hHG8

Best Production Design goes to #TheShapeofWater at the #Oscars pic.twitter.com/ATuqEPdMZZ

Paul Austerberry wins Best Production Design for his work in The Shape of Water with set decorators, Shane Vieau and Jeff Melvin. This is Austerberry's best-known work so far. This is also his first nomination and first win in the Academy Awards.

The #Oscar for Best Music (Original Score) goes to Alexandre Desplat for “The Shape of Water.” https://t.co/5uCF0oqjwx #Oscars pic.twitter.com/iefsJGoNVK

Mighty River from Mudbound, Mary J. Blige
Mystery of Love from Call Me by Your Name, Sufjan Stevens
Remember Me from Coco, Kristen Anderson-Lopez, Robert Lopez
Stand Up for Something from Marshall, Diane Warren, Common
This Is Me from The Greatest Showman, Benj Pasek, Justin Paul