The witness who reported the fifth defendant, Lam Lun-hing, in the Mong Kok riot in 2016, Yip Chi-shing, admitted that both of his sons are serving in the police force. He also said his elder son garrisoned in Mong Kok but claimed to be not sure whether his sons participated in the suppression.

The defence barrister Jon Wong Kwok-ho suggested that Yip once liked a Facebook page called "Salute to Hong Kong Police". Yip admitted that but denied having registered in that group.

Yip claimed that he was harassed by Lam in August 2015 during his patrol in a comic fair. He recognised him in a news video of the Mong Kok riot in February 2016 and then called the Police.

Although it was hard to see people's faces clearly in the videos, Yip insisted that he could correctly recognise Lam through the height and profile of him. "It's impossible for me to recognise the wrong person," Yip said.

The defence showed various screenshots from videos which focused on the man whom Yip believed to be Lam and asked Yip to describe them. In Yip's description, the colour of the jackets the man wore changes with the photos, but Yip explained that it’s only because of the difference of light condition.

"The jacket was not important, I recognised him because of his height," Yip stated repeatedly.

The defence pointed out that the information which the witness provided in court, such as the suspect's body shape and age, was different from his testimony. Yip explained that he might not have had the correct concept of the body size.

In Yip's second testimony on April 8, 2016, Yip provided detailed information on Lam’s appearance such as hairstyle and deep eye socket. Yip also agreed that he went through plenty of videos and photos on that day, but denied those descriptions came from the footages he saw.

Yip is currently working as an inspector of Office of Film, Newspaper and Article Administration. He used to work at the Immigration Department before 1997.

The five defendant of the Mong Kok riot during Lunar New Year 2016 are Leung Tin-kei, Lee Nok-man, Lo Kin-man, Lam Ngo-hin and Lam Lun-hing, were charged with a total of six charges, including incitement to riot, riot and illegal assembly.

The trial continues before Ms Justice Pang in the morning of March 29, 2018. 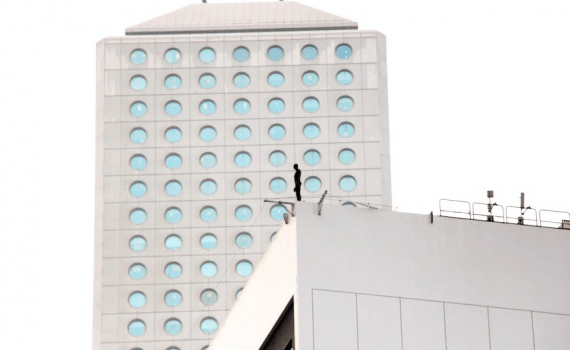