Putting on swimwear, goggles, snorkel and fins, Henry Chan was not going to jump in the ocean, but instead play hockey underwater.

Underwater hockey requires a lot of skills, but be good at swimming isn’t the most important. "I swim very fast, but there's no point. The game is thirty minutes. You cannot swim all the way," said Mr. Chan, one of the founders of Hong Kong Underwater Hockey Association.

Similar to ice or field hockey, in an underwater hockey game, two teams compete to push a puck with a hockey stick across the bottom of a swimming pool into the opposing team's goal.

"For me, the first step that I think difficult is to really get myself calm underwater," Mr. Chan said, "but the most difficult is to have a team mentality to play for team, not only by yourself."

Underwater hockey has been around for decades in Canada, England, USA and Australia but has only recently taken off in Asia, mostly in the Philippines and Malaysia. The sport has its own World Championship, which first took place in 1980, according to World Confederation of Underwater Activities. Hong Kong has one team that is trying to compete on an international level.

Noel Luis Suarez Ignacio, another founder and the head coach of HKUHA, said breathing was crucial to this sport. "Every time you think your sport is hard, try doing it while holding your breath," he said.

Mr. Chan has played this special kind of hockey since 12 years ago when he was studying in an university in America, where he failed to find a swimming team but came across an underwater hockey club.

After he graduated from the university, Mr. Chan came back to Hong Kong and started a Facebook page for local people to share their experiences about underwater hockey. Since then, more and more players of the sports gathered on the page, showing their strong desires to form a team and hold regular practices.

"I just somehow carry them together, and then we had a meeting," said Mr. Chan, "in August of 2015, we really started playing underwater hockey. We got a pool, we had our first practice, and from then we keep practicing regularly until now."

The Facebook page created by Mr. Chan has attracted over 200 followers, and his team, the HKUHA, has got about 30 players involved in regular practices.

"People of any age can join this sport as long as your body can accommodate," said Mr. Ignacio. The oldest player in the team is more than 50 years old, he said.

Wallace Ng, who just learned the sports eight months ago, was appointed as vice captain of the upcoming Rookie Cup, a competition in China for new players. "Playing underwater hockey is quicker for me to become physically stronger than jogging or any other sports that I played before."

Playing the underwater hockey as a spare-time interest, Mr. Ng said he used to practice three times a week, but after the winter came and one of their two available pools was shut down, he could only have two practices per week.

Mr. Chan said the difficulty for applying a pool was always a big concern because the underwater hockey was a non-Olympic game. "Hong Kong has an Underwater Association but the resources in hong kong were mostly given to those sports that are involved in the Olympic first," he said.

Despite the lack of training time, Chan said he was still ambitious to introduce the sport into the Southeast Asian Game.

"And the bigger picture for the organization, that organized the highest tournament, are trying to get underwater hockey into the Olympic," said he.

Chelssy Chi, current free-diving instructor and Hong Kong's female record holder for static apnea in 4'27", an event in which she holds her breath for as long as possible, is also a member of the upcoming Rookie Cup.

Ms. Chi said this is her first time to work with a team.

"You may have many mixed feelings when you are alone, but with your team activities, you cry with the team, then you really think of how to build this team," she said.

Parma Tang, who plays in Hong Kong, said that cooperating with all teammates is the "most enjoyable" part.

"As long as you have a breath left, then you can play the game," said Ms. Tang. 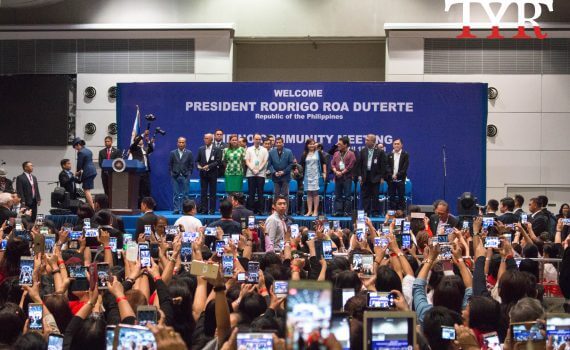