The much-anticipated match commenced with "Brooms Up!" Players darted towards the balls in the centre of the field, makeshift broomsticks held between their legs.  On both sides of the pitch stood three ring-shaped, silver goalposts of different heights.

Quidditch is a familiar sport for Harry Potter fans, but now, the fictional game has been brought to life.

Full-contact and physically intense, the magical sport leaped off the pages in 2005 when freshmen Xander Manshel and Alex Benepe of Middlebury College in Vermont, US, co-created the rules of land-based Quidditch and dubbed it "Muggle Quidditch".

A myriad of university teams are playing the sport from UC Berkeley in the US and McGill University and Carleton University in Canada  to recently in Asia, the University of Hong Kong.

J.K. Rowling's wizarding world of Harry Potter continues to strike a chord with aficionados across the world, though the last installment of the fantasy series was in 2011.

Fusing together a variety of elements from rugby, dodgeball, volleyball and tag, a Quidditch team has seven players per team on the field, who must keep a makeshift broomstick - usually a plastic bar or light metal stick - between their legs at all times during the game.

In order to score, chasers of each team throw the quaffle (a volleyball) through the hoops as the keepers race to ward off their attacks. Beaters can attack players' of the opposing team using bludgers (two dodgeballs). The job of the seeker, the position that Harry Potter himself held, is to catch the "golden snitch" - a neutral player who has a yellow tennis ball attached to the back of his or her pants.

The International Quidditch Association says the sport is gender inclusive with no more than than four players of the same sex allowed on the pitch at the same time. Athletes also have the right to choose their gender.

Chris Lau Kwun-Shing, chairperson of the Hong Kong University Quidditch Club, brought the game to Hong Kong after trying it out while he was studying abroad in London. Upon his return, he initiated the student project "Fly for Equality" last year at HKU to promote Quidditch in the city and to raise awareness of gender equality and identity.

"I think when you play Quidditch and when you play with people of different gender identification or sexual orientation, you can really understand them and know that people can all integrate and play with each other in a harmonious way," said Mr. Lau, "I think this is a good way to promote the concept of gender equality, because the sport itself represents a value that has been treasured in our society."

Last January, the HKU Quidditch team cooperated with the university Equal Opportunities Unit to promote the sport and to break traditional gender norms by competing in a friendly match with the Seoul Puffskeins from the Seoul National University of South Korea. In June, the team made its first international championship appearance representing Hong Kong at the 2018 IQA World Cup held in Florence, Italy, winning a total of two games out of the six played.

Citing the equality aspect of Quidditch as her favourite part about the sport, Rebecca Wang, a team player for the  HKU Quidditch team and a student ambassador for the Equal Opportunities Unit at HKU, said that players of different physiques "can play Quidditch and have a bunch of fun."

"There's just a role on the team for everyone," she said. "If you're a more defensive player or more into the strategy of the game, then you can be a beater. If you’re more of a person who likes just run around and cause chaos, then you can be a chaser."

"There's no one on the team who’s like been there forever and who easily dominates the competition. Every time it's just a new game and a lot of fun," she added.

However, part of the problem in promoting the game is that the name of the sport is strongly associated with Harry Potter. But Ms. Wang said you don’t have to be a Harry Potter fan to play the game.

"People play Quidditch not really because they are fans of Harry Potter. Because they either like the meaning of the sport, which is gender equality or they want to challenge themselves to a professional and exciting sport," he said.

Keith Jones, another team member of the HKU Quidditch team and the vice-president of the Hong Kong Quidditch Association, said people can poke fun of the broomstick held between players' legs.

Yet, he said that the broom is what makes the sport more unique than other sports such as rugby.

Players of the HKU Quidditch Club are positive about the future of Quidditch in the city.

"The thing about [Quidditch] is that every single time we have practice, we have new people come in. And a lot of times people will hear about Quidditch not through HKU, but through other means like Facebook, join-ups, forums," said Ms. Wang. "So I really hope it’s going to grow and I really do hope that in the future, there will be more university teams and more teams in general." 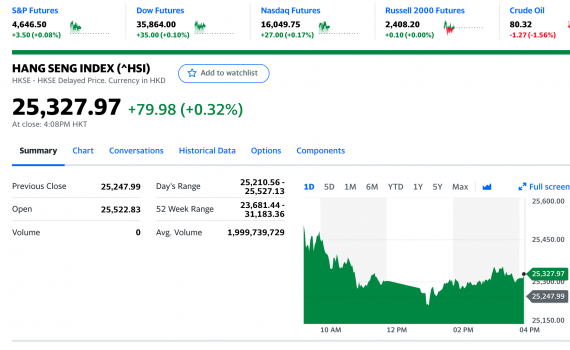