The subject “Citizenship and Social Development” was established last year to replace the core subject “Liberal Studies”, which has been accused of leading to social unrest in 2019.

The new subject requires teachers to use “reliable and authoritative sources” to teach. For example, government documents and official quotes.

She said some democrats have misled the public to believe that the central government did not approve a universal election which is promised in the Basic Law.

She suggests that the increasing number of members in the election committee of the Chief Executive shows the central government is striving for democracy.

Lam said the proposal of “831 decision” allowed the public to have a universal election.

The “831 decision” allowed universal suffrage with a “nomination committee”, which is similar to the current election committee, to nominate the candidates for the Chief Executive election before public voting.

“It was a very brave move by the central government but sadly it was banned by the opposition in the Legislative Council,” said Lam.

“The idea that the central government owes citizens a universal election is wrong,” said Lam. “The British government did not give any say to Hong Kong citizens for choosing who is the governor.”

Shum Pui-yee, a Secondary 4 student studying Citizenship and Social Development, said the above idea was already taught in her class.

However, she said it contradicts what she learned before in Liberal Studies.

An anonymous Citizenship and Social Development course teacher told The Young Reporter that Carrie Lam explaining the constitutional role of the Chief Executive gives an authoritative primary source to teach.

However, he questioned the objectivity of the source.

He thinks that the Chief Executive should not be the one who explains this but the central government officials like the Prime Minister or the President should. 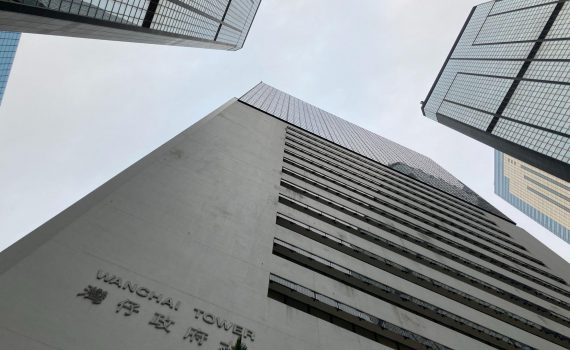